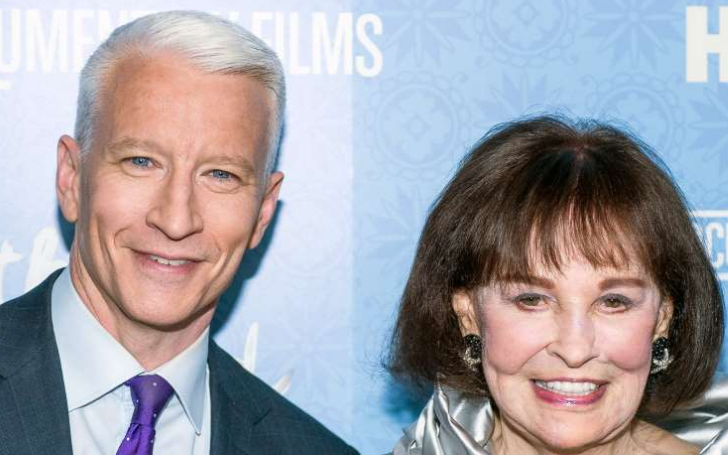 It is now confirmed that Anderson Cooper will receive most of what late mother Gloria Vanderbilt left, the 'Will' from Gloria confirmed.

According to the 'will' which was filed in Manhattan surrogate court, Gloria's eldest son, Leopold "Stan" Stokowski, will get the lavish Midtown apartment while all other properties will go to Anderson.

However, it is still unclear what the "remaining properties" includes from Vanderbilt's $200 million fortune.

See Also: Why Is O.J. Simpson Threatening To Murder People On Twitter?

Vanderbilt died on June 17, 2019, at the age of 95 after suffering from advanced stomach cancer.

Gloria, before her death, mentioned the eldest and youngest son on her will but left the middle son, Christopher Stokowski, as Christopher estranged his family back in 1978.

Christopher cut off from all contacts with family because he thought Gloria's therapist was interfering with his love life.

However, Anderson was very close to Christopher and adored him despite being a half brother.

As Anderson was always the favorite son of Gloria, but there was a point where he thought he will not get anything from his mother.

Cooper said that he was doing fine on his own and did not believe in inheriting any of the money.

However, there was a reason for Cooper's disbelief. Vanderbilt family fortune grew due to the success of railroad magnate Cornelius Vanderbilt in the late 1700s.

Though Gloria was born in Vanderbilt family, she made millions on her own mostly through fashion designing and business.

Gloria also spent lavishly and made poor business choices and that eventually resulted in no trusts for her sons.

That kind of gave feeling to Cooper that he won't receive any money from his mother but it's been confirmed now that Cooper will receive a handsome fortune from his late mother.

Recommended: Carly Rae Jepsen Has Made A Disco Album Which Will "Probably Never Be Released"

Anderson returned to CNN after several days of his mother's demise and told viewers that he's been lonely after losing his mother. Our thoughts and prayers are with him and we hope he finds strength to overcome his sorrow soon.