home Entertainment Why Is O.J. Simpson Threatening To Murder People On Twitter?

Why Is O.J. Simpson Threatening To Murder People On Twitter? 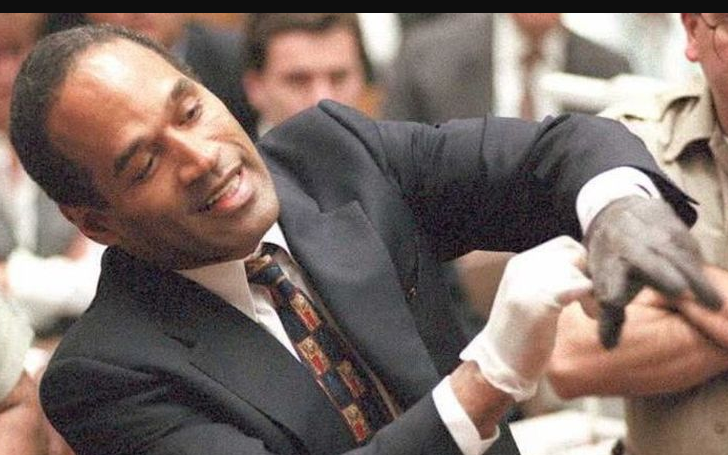 The former NFL player, O.J. Simpson, is alleged of threatening to kill a man who was using parody account of the former football player.

The former NFL player, O.J. Simpson, is in trouble as he is alleged of threatening a man who was using the football player's parody account.

A man who was using the parody account showed in his videos sent seven direct messages from O.J's Twitter account (@TheRealOJ32) in which he sent a string of 16 knife emoji and threatened to kill the man.

The former football player wrote "I WILL FIND YOUR ASS AND CUT YOU" to parody account user.

On Monday, July 1st, it marked the 25 years since the acquittal of O.J.'s infamous police chase in a white Ford Bronco which resulted in his arrest for the murders of his ex-wife Nicole Brown Simpson and her friend Ron Goldman in 1994.

While that is speculated to be the main reason for threatening, the parody page (@killerOJSimpson) had some more to provoke the player.

The fake page featured crudely doctored profile picture of the former NFL player grinning while holding a butcher knife in a black-gloved hand.

That's not all, the fake account pinned a post by O.J. which the former football player uploaded on father's day on Saturday. However, the video on the fake account was dubbed that said "Police! Help!" in the background repeatedly.

The parody account user said that the threat came from the account '@TheRealOJ32' which the former NFL player created last week.

However, authenticity and identity could not be verified immediately but O.J.'s lawyer, Malcolm LaVergne, posted a message that the person who sent the threatening message might not be Simpson.

Posted by the parody account, a man says, “Man, you would never guess who the hell just messaged me on Twitter in a DM. Look at this s–t.”

"And if I don’t? You gonna stab me too? In reality, I ain’t lying...You, me and millions know the truth. You Trippin’ over a parody account lol Welcome to twitter bruh," the parodist said.

Simpson’s account said, "Like I said, delete this ‘Parody’ account as you call it or face serious consequences by me. I’ll find your ass one way or another so don’t mess with me. I got nothing to lose. Grow up!"

After that, the parodist sent emojis of a thumbs-up and a dagger. In reply, he got the dagger emoji back. “Look what his a** sent me! Like, for real dude? That’s crazy!” the parodist said.