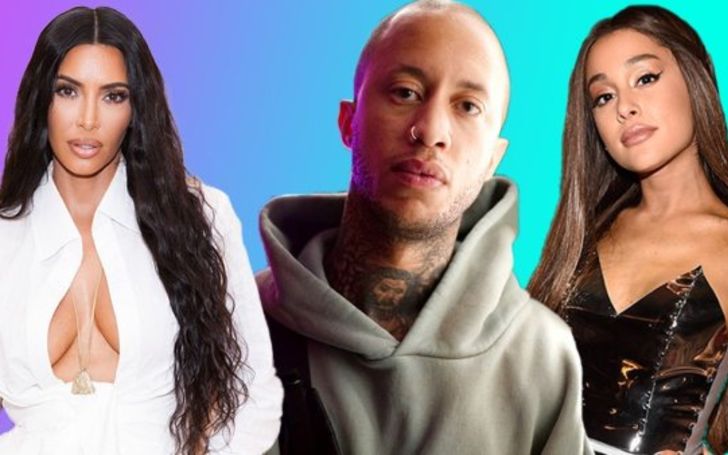 Fashion photographer Hyde accused of showing predatory behavior towards models, and this is how Ariana Grande and Kim Kardashian respond.

The internet sensation Ariana Grande and Kim Kardashian were dazed finding out the darkest personality of their beloved fashion photographer Marcus Hyde.

Shortly after the shocking news broke in, Keeping Up With the Kardashians star Kim is reported cutting her ties off with her personal photographer, as reports by Huffpost.

On Sunday, model named Sunnaya took to her Instagram and unveiled the dirtiest preying nature of the photographer sharing the smutty screenshot. Consequently, the DM lead to draw lots of criticisms against Hyde.

After posting the screenshots to her Instagram story, Hyde allegedly responded to Sunnaya and said, “Suck a big fat d–k.”

Soon as the story circulated around tabloid and magazines, people started citing Kim, Ariana, and other various other associated celebrities dissing them.

Beauty mogul Kim expressed her solace dedicating to all the models/artists who are undergoing these problems.

Similarly, Ariana, 26, took to her Instagram and wrote supporting words.

Hyde who made his name by shooting some of the prominent celebrities such as Grande, Kardashian, and Khloé Kardashian is now hiding under the rocks.

The pioneer landscape photographer and conservationist has now deactivated his social media and we haven't heard anything from Philip's side, but he surely does owe an apology and some fine justification for his mistakes.