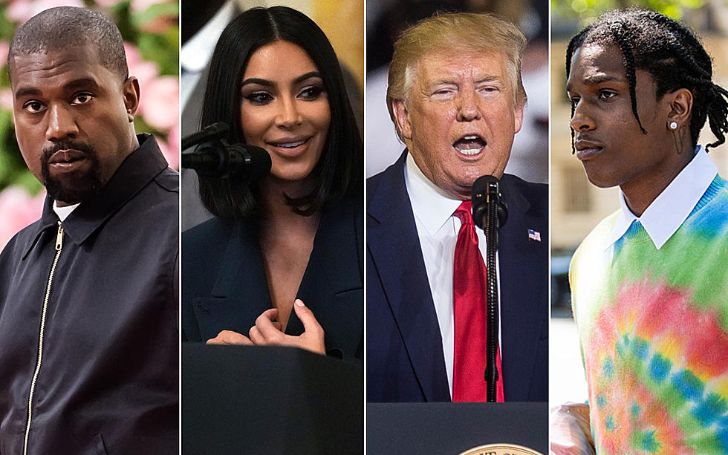 Prestigious American host, Wendy Williams called out for a help to the Keeping Up With The Kardashians star Kim Kardashian for releasing rapper A$AP Rocky from a Swedish prison on her talk show.

For those who are unfamiliar with the news, Rocky, 30, was arrested by Swedish police for over two weeks now precisely on Wednesday, July 3.

The rapper was on a European tour, touring for a hip-hop festival Smash x Stadion in Sweden on Jun 30 but during the show, two men allegedly followed A$AP, and a fistfight broke out between them.

Check out the exclusive Instagram post, Rocky shared, which proves his innocence and evidence towards his honesty.

Shortly, local police were informed about the incident and now the rapper is convicted inside the bars sleeping on a yoga mat.

According to the sources of TMZ, A$AP originally 'Rakim Mayers' may face up to six months imprisonment for the alleged assault.

Fortunately, Kim showed her accommodation towards the case with the help of some of the high power government authorities President Donald J. Trump, senior Trump advisor Jared Kushner and Secretary of State Mike Pompeo.

The reality star later shares her acknowledgment to the president and sharing that they are currently active towards the case taking to her Twitter today, July 19.

Some of you might wonder why Wendy approached "Keeping Up with the Kardashians" star Kim for the case besides any other legal legitimates.

The 38-years-old reality star is recently studying law to be a lawyer. Besides, the beauty with brain star Kim already helped free 17 prisoners in a three months interval according to BuzzFeed News.

As reports confirmed, A$AP will shortly be bailed out of jail as they are already preparing the documents for his release.

Soulja Boy Has Been Released From Jail >>>