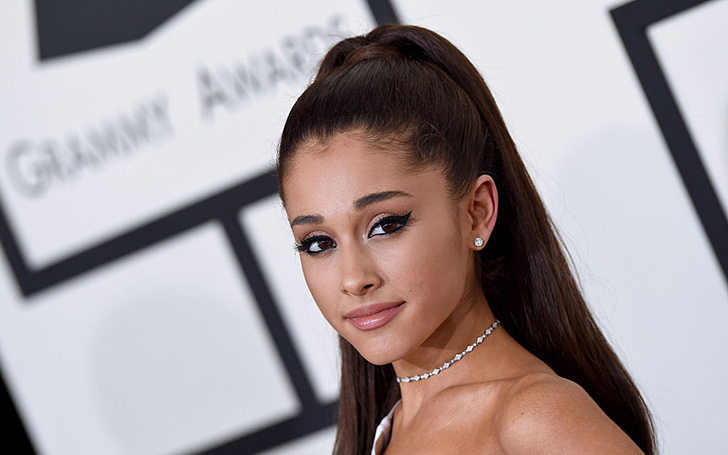 Ariana Grande announced her new tour dates which include four dates in her home state in Florida. Soon as she announces the news majority of fans and followers were left in the dilemma of the artist not adding any additional European tour dates.

'The Way' hitmaker replied admitting that she is just not in the state of performing and traveling due to her failing mental health issues. 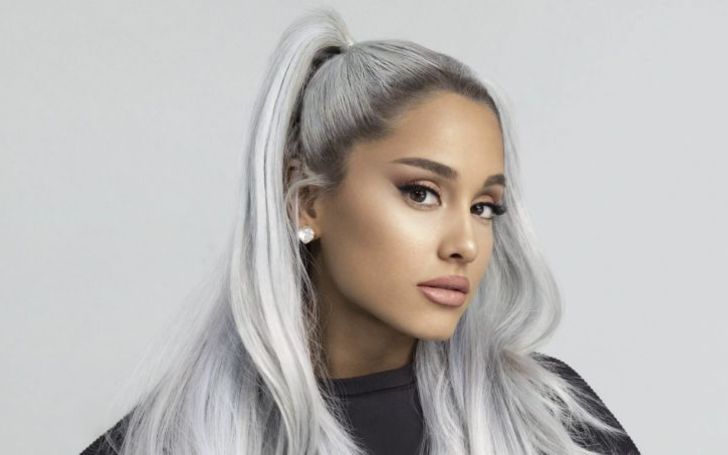 The multi-platinum hit artist Ariana took to Twitter and confessed her situation among her millions of fans with series of tweets where the first one reads, 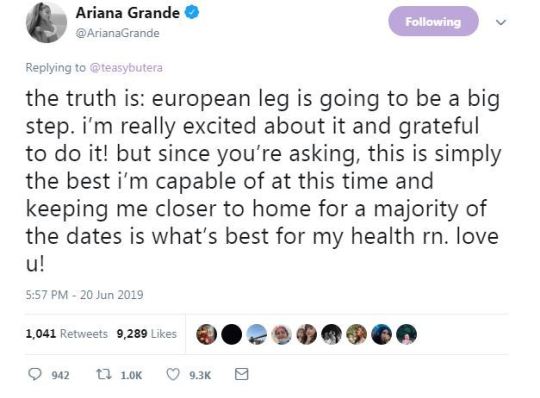 So, for now, Grande, 25, will be performing to his local state but she shares that she is getting prepared for the European tour.

Ariana Grande Makes Her Keeping Up With The Kardashians Debut! >>>

Grande posts another tweet citing that she is 'excitedly playing it ear by ear' and being '100% transparent'. She has been touring for shows for 9 months as of now which maybe also one of the reasons for Europe show cancellation. 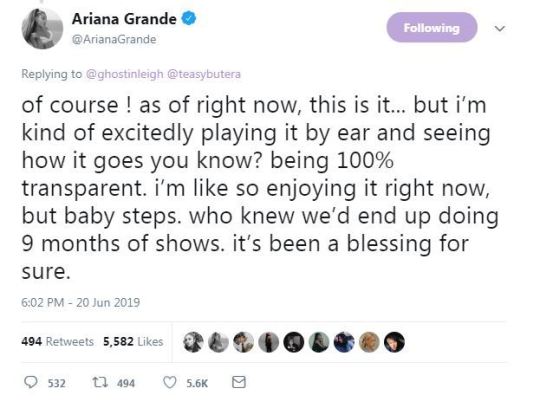 Soon as Ariana posts the tweet, fans seemed pretty concerned and worried regarding her health as her twitter was flocked with supportive messages.

Ariana acknowledges her fans for their love and support twitting, 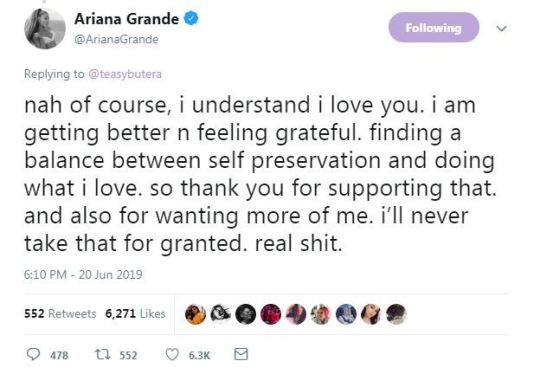 Recently on her opening night of Sweetener World Tour' Ariana was all emotional in tears as she started crying while performing "Dang"- song of Arian's late boyfriend Mac Miller passed away on September 7, 2018.

So fans have also come with the assumption that the tragedy and emotional rollercoaster ride the incident has brought might have been the reason for her troubling mental health.

How Much Did Ariana Grande Get Paid For Her Coachella Set? >>>

Well, we wish nothing but the best for Ariana and hopes she shortly recovers from her emotional trauma and slays the stage again.