home Entertainment Ashley Darby' Baby Dean Michael Darby with Husband Michael Darby; Everything You Ought To Know About The Pair!

Ashley Darby' Baby Dean Michael Darby with Husband Michael Darby; Everything You Ought To Know About The Pair! 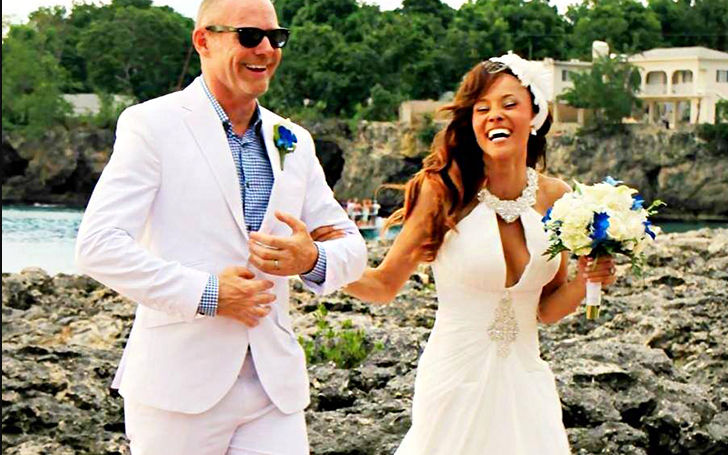 The Real Housewives of Potomac star Ashley Darby just welcomed her first child with her husband, Michael Darby. (Get to know all the cast members of the RHOP)

Michael has two adult children from a previous relationship, but baby Dean Michael is their first baby together.

Despite their huge age difference, the couple are head over heels for each other.
Source: Live Ramp Up

The Couple Has An Exhilarating Story To Tell About Their Relationship

The pair is a perfect example of "when you truly love someone, age is just a number." Ashley and Michael have an age difference of 29 years, but still, have a profound love for each other.

The RHOP star never fails to praise her husband - who was once alleged of sexual assault. The couple tied their knots in 2014 after dating for almost three to four years.

The Pair Almost Gave Up On Each Other

Sadly, there was a time when this lovely couple was virtually on the verge of breaking as they had started living separately in 2017.

But later things got under control, and they were at peace, a few months after the couple surprised fans with news of their new baby.

Baby Dean Michael Helped Couple Get Back Together

Baby Dean Michael not only saved their marriage but helped them understand each other more. In an interview with an online outlet, Ashley revealed Michael had been an enormous support for her.

During which the RHOP star also revealed about her complications while pregnant, and post-pregnancy. According to the star herself, she experienced her first bout of postpartum blues, which basically is a stage when you are recovering mentally and physically.

Moreover, the star was healing from mastitis, which is a common infection mother can get in their milk ducts which causes flu-like symptoms. That's when Michael became the rock for Ashley and helped understand each other to the next level.

The star said, "I didn’t have a father growing up so I never really understood how involved men are in children’s lives. Maybe it’s just my lack of experience with it. But he’s [Michael] incredibly hands-on. It’s been very eye-opening for me and very comforting."

The couple was almost on the verge of breaking their marriage in 2017.
Source: Reality Blurp

Ashley added, "I had the idea he would be because I wouldn’t have a child with him otherwise, but then there’s that confirmation of seeing it in the present moment. It’s been an experience that brought us closer together. And watching the bond that [father and son] are building together is just so incredible."

Meanwhile, the couple are ecstatic about baby Dean Michael. The child not only resembles his dad physically, but he has his father's personality.

The mom of the newborn admitted, though there were complications, the couple came together as a team and developed a better understanding. The mom further added she wants more children with her husband, Michael Darby.