Ashley Martson Is Telling All of Jay Smith's Dirty Secrets 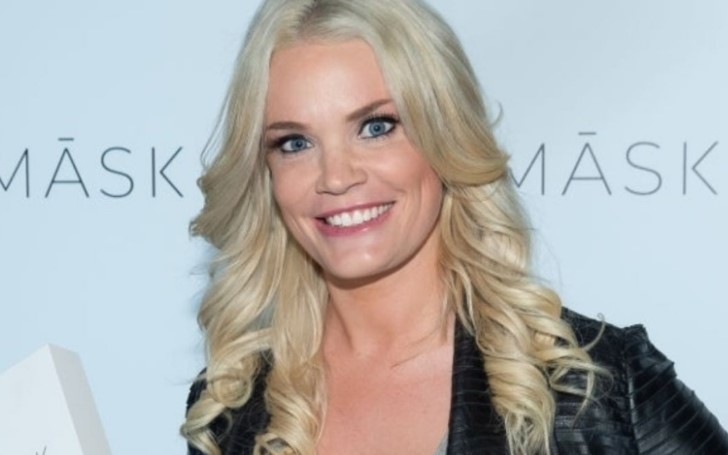 Ashley Marston spilled it all, but she is still in NDA contract though.

Fans obviously had a lot to ask, what's Ashley Martson, who filed two divorce, is doing following her cheater ex-fiance moved on with his mistress. Apparently, the reality star is busy dropping truth bombs in a new interview.

Ashley did not hold herself, and she addressed everything, including her wildest rumors, and some topic touched Jay Smith, which was insightful in a way.

During the interview, Ashley said Jay was receiving a massive amount of backlash, and he tried to deflect blame. The 90 Day Fiance star wished Jay at some point own up to it instead of trying to throw blame at Ashley.

Amidst Jay cheating scandal, Ashley was also speculated to be cheating, the reality star addressed the allegations and clearly said 'NO.' According to Ashley, she did receive some suggestive texts from someone else at the barbershop.

The reality star claimed it was all a setup, and only later Ashley learned Jay had arranged for the flirty texts to be sent to her as "some kind of test" to check if Ashley would cheat.

Ashley, who claimed Jay Smith's cheating scandal is worse than fans are aware of said, "It sounds weird, but remember: no one is more paranoid about being cheated upon than cheaters themselves."

The TLC star went on saying Jay is a liar, Ashley claimed the ex-husband lied about his age and explained he had been too disrespectful with his own friends to require them to keep his secrets.

Well, obviously there was a lot of things that came out, Ashley even said Jay was using a fake account to bash her, but he apparently used the same account revealing his own identity.

Even Jay's sister Poochie has been bashing left and right on social media, as said by the TLC star.

Ashley, who once admitted countless lies, spilled her tea like it was overflowing from tea-pot, and just could not hold herself but speak her mind. However, Martson said she is still under contract, and she can't really talk about her ex.

But, Ashley has a record of breaking NDA contract before, but she really did not do that, since at the end of the interview, she claimed it has nothing to do with Jay and stormed off from the interview.

Well, guess we got the message anyway, and hope the TLC star does well in her coming days, as she is already loving the transition. Recently Ashley revealed she is opting for a healthy lifestyle losing a significant amount of weight.

And good news for Ashley fans, seems like she is going to be on the reality TV scene, in what form, we really don't know yet but we might see Martson on our TV screens soon.