Baddest B*tch Alert! Kinsey Wolanski Shows Off Her Insane Daredevil Stunts On A Dirt Bike! You Don't Wanna Miss This! 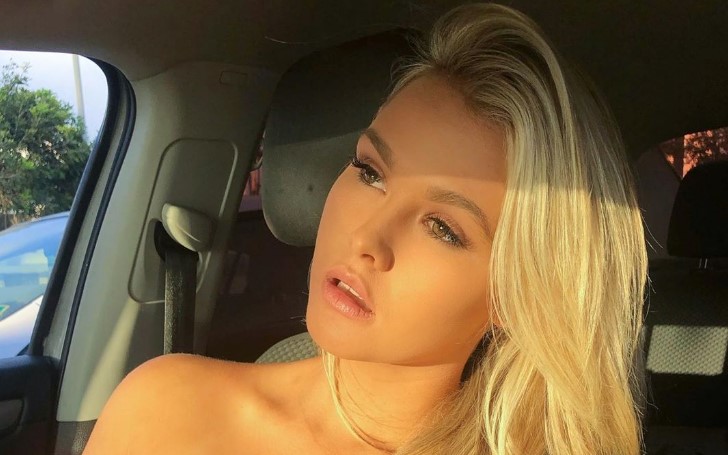 Kinsey Wolanski is not your regular girl!

Well, sit down in a comfortable position and relax as you are in for some great show by Russian-born chick, Kinsey Wolanski.

We all know Kinsey, who climbed the ladder of fame after her fearless act of invading the pitch of Champions League final.

The Russian-born American model, who recently released her adorable 'invading personal space' prank, just proved she is not just some dumb bimbo.

Vitaly Zdorovetkiy's girlfriend took to her Instagram and posted a video which is confirmed to make your jaw drop to your feet.

The Russian-born model, who previously modeled for the steamy photoshoot, featured an advertisement for from Bang Energy drink, on which Kinsey is seen pulling maddest stunts on a trial bike.

Bang Energy is the energy drink company owned by Jack Owoc, which claims is "not your stereotypical high sugar, life-sucking soda masquerading as an energy drink!."

The energy drink is jam-packed with protein and body-rocking fuel, and Kinsey's act just portrays that really well.

She makes the jump, she does a 360 (multiple times) and looks sexy as hell at the same time. What more do you want? This is one of the sickest posts we have seen for a while.

Ask a professional stuntman to pull the act Kinsey did, and they will think twice! That's how sick it is. The comment section is bombarded with comments and fans can't get enough of it.

Another fan wrote, "People be so shocked but this the real kins I know 🤪 love ya & miss ya gal! ❤️ "

Next fan, who we suppose is Kinsey's friend, wrote, "So fun! I miss our dessert adventures!"

Well, people have their doubts, and it's obvious to have doubts as people had created a different persona for the model, but after MX skills, fans have views changed.

What do you think Kinsey will do next, we are guessing see will invade the Area 51 next, and we can't really deny that either.