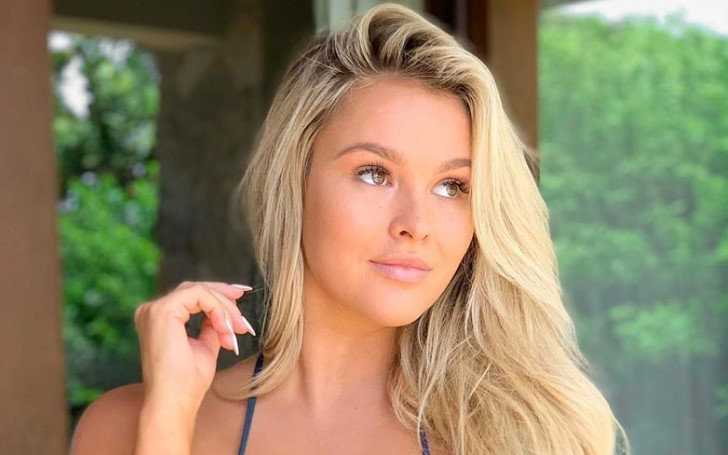 The 22-year-old model, who announced her steamy photoshoot on Instagram, just released her new prank on her Youtube channel, which is too adorable for some apparent reasons.

The internet sensation titled her prank video "Invading Personal Space Prank!" The star is seen going to people while they are picking up stuff from the rack of a store, and pick the same item they are going for.

Champions League Final streaker, which is clad in all-black attire, managed to piss off a lady, while others seemed just perplexed by the act.

There's one person, who got really scared when Kinsey tried to reach for a bags of biscuits from the rack; however, the prankster did not stop still.

The video was uploaded on 22nd August and has 16,900 views so far. Wolanski's YouTube channel 'Kinsey' is live from 2017; however, the star only started to upload videos from the past month.

The channel has just little more than 80K subscribers; however, the numbers are in for increasing as the prankster has promised to upload prank video once every week.

So far, the channel has five videos, which are all pranks. It seems the model is purely focusing on pranks as Vitaly has already moved to the next level of pranks.

By the look of it, the model-turned-prankster is doing the job well, and guess, won't take too long for her to reach the Vitaly's mark.