home Entertainment Who is Bang PD's Girlfriend? Find Out About Her Life, Instagram, and More

Who is Bang PD's Girlfriend? Find Out About Her Life, Instagram, and More 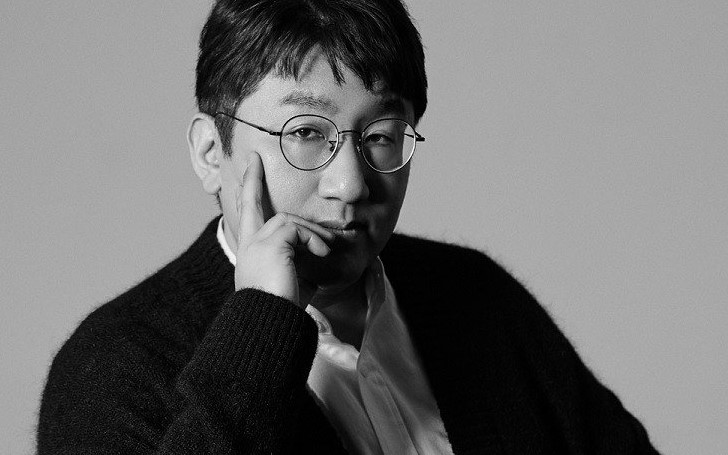 Here's everything you should know about Bang PD's girlfriend. Her name, Instagram, age, and more.

According to the reports, Bang PD started his career as a composer while he was in college. When he met Park Jin-Young during the mid-90s, the duo partnered and founded 'JYP Entertainment."

But in 2005, Bang PD left JYP and founded Big Hit Entertainment, ever since he is considered one of the most successful composers, arrangers, and lyricists in the South Korean music industry. While Bang is not a new name to BTS and TXT fans, we are here to talk about something you might be interested to know.

Recently, the record producer in one the headline following his pictures with his rumored girlfriend leaked. While there's nothing wrong to be seen publicly, but Bang PD's girlfriend's age really concerned people.

Bang PD's Girlfriend, Who is She?

This goes back to 2018 when the co-CEO of Big Hit Ent., Bang PD, was pictured while on vacation in Vietnam. According to the reports, in November 2018, Bang Si-Hyuk was in Hanoi, Vietnam, with his alleged girlfriend, who is half his age.

The picture of two circulated online followed by reputed publishing houses; eventually, the photo became a hot cake for the debates and, of course, made South Korean people more curious.

The photo featured Bang PD with a girl clad in traditional Vietnamese clothing. Before you start implying things, let us explain this, it is still unconfirmed if the two had any sort of romantic association.

Also Read: Who is Nicole Franzel's Boyfriend? Find Out About Her Relationship

But fans insist the woman in question was present with Si-hyuk in Da Nang, and other places as well while he was vacationing in Vietnam.

What's the Name of the Girl?

According to some sources, Bang PD's girlfriend's name is, Sohee; sources further claim she was born in 1997, which makes her 23 years old; given that, she is 25 years old younger than Bang.

While not much is known about Sohee, Bang PD's girlfriend's Instagram suggests she lives a pretty lavish life, and well off on her own, or maybe because DP, who knows! We are not judging, though, that's not our thing.

Just in case, if you are wondering, Bang PD's Girlfriend, Sohee's Instagram account's link can be found here.

Even Sohee is Bang PD's girlfriend, people shouldn't be bothered, we know there's a huge age gap between the two, but if two are happily in a relationship, then we don't see any problem.

You May Also Like: What's Kurupt's Girlfriend Name? Let's Find Out About Their Relationship

For more information on your favorite celebrities' lifestyle and other news, stay tuned Glamour Fame, and don't forget to sign up for the newsletter.