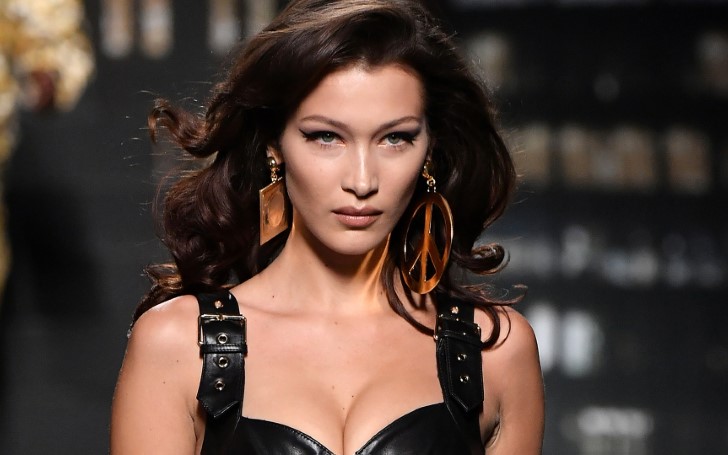 American top model Bella Hadid once again proves why she is claimed as one of the biggest supermodels in the industry.

Since Hadid' modeling career started, the Victoria Secrets model has always graced the runways through her impressively unique catwalks all across the globe.

Recently too, on the runway for the at Philosophy Di Lorenzo Serafini show during the Milan Fashion Week on Saturday the 22 years old did what she has been doing over the years. 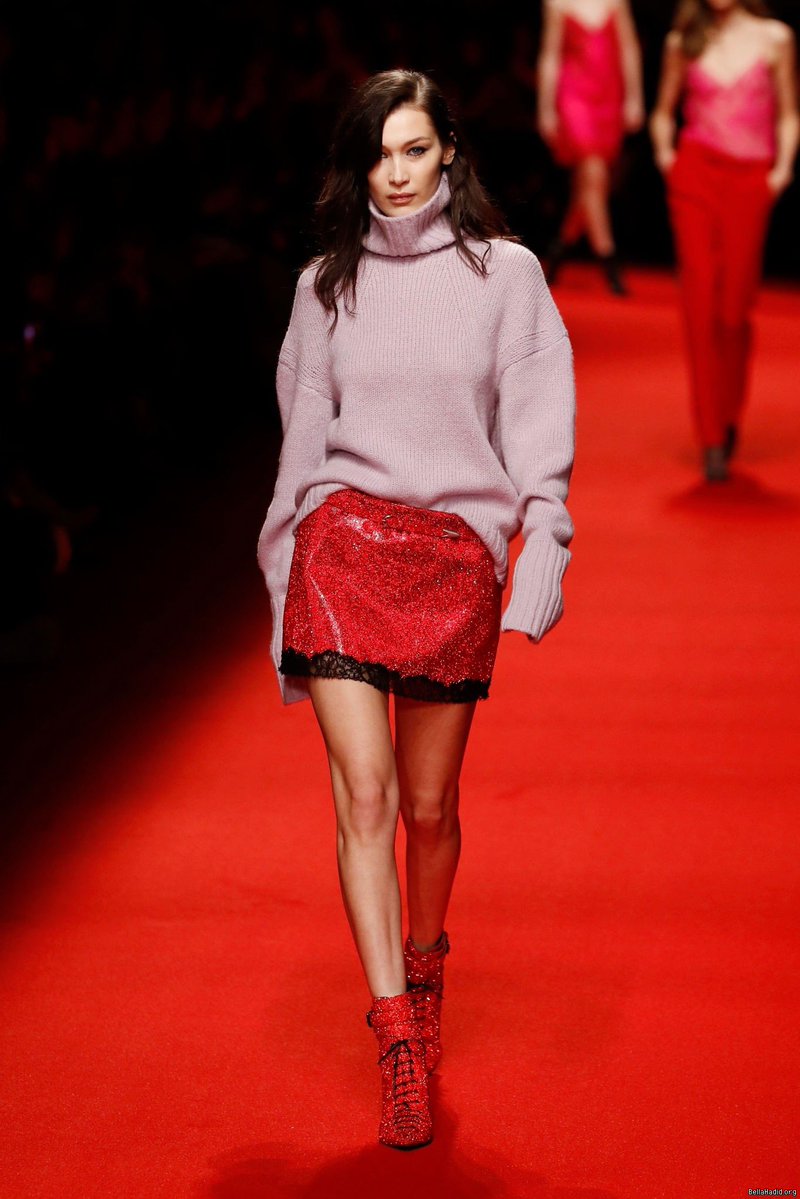 Ensuring all the guest's attentions were on her, the Vogue cover star walked down the scarlet catwalk looking radiant as she put her cleavage on display in a plunging lingerie-inspired gown made of shimmering silky peachy shade.

You may also like: North West Scored Her First Magazine Cover at the Age of Five After Gracing The Front of a Fashion Publication

The shiny floor-length skirt gown fitted loosely on her body hugged her slim waist. The shining star promoted her height by stepping into a pair of black stiletto sandals that made her appear taller.

Bella's stylist made the model appear a bit cunning as her brown locks of hair were kept free in loose waves whilst her naturally beautiful features were enhanced with bright orange lip color and light smoky eye makeover with kohl liner. 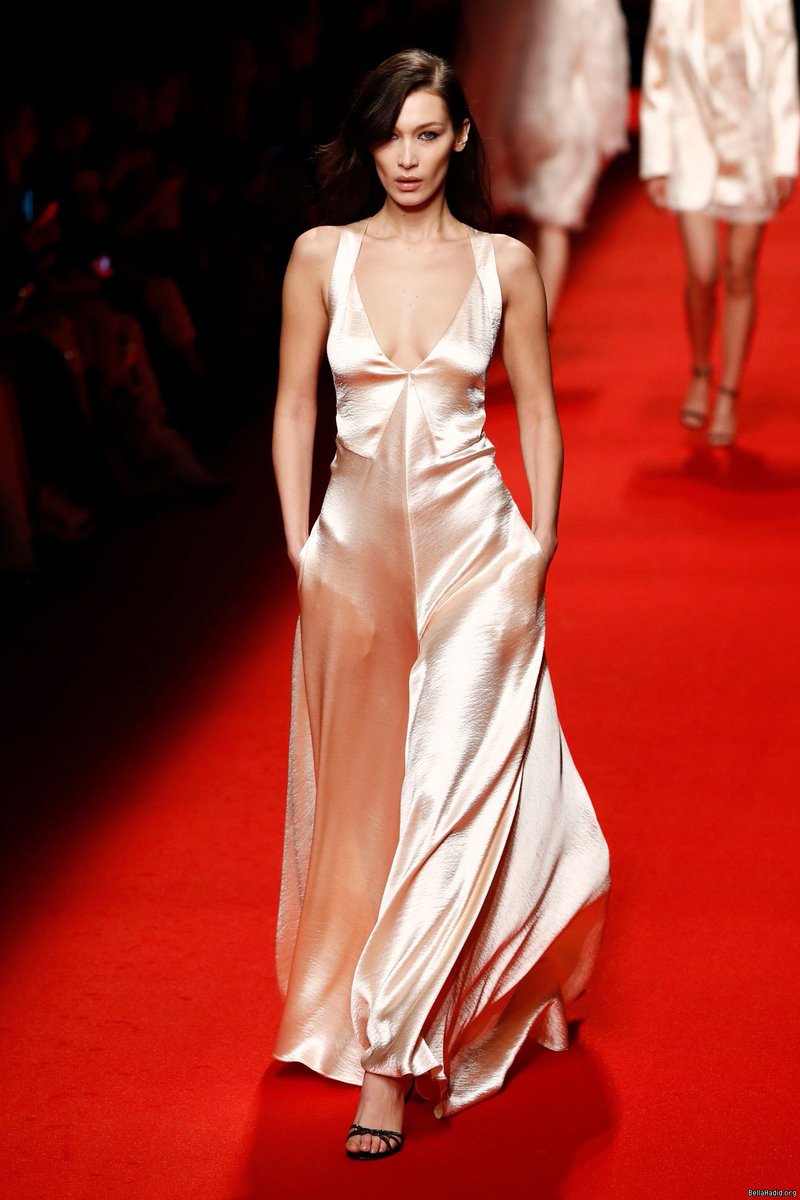 The second look of the model consisted of a pretty outfit that included the star dressed in a purple rollneck oversized sweater accompanied with a red thigh-skimming glittering mini skirt.

See more: Dua Lipa Expresses Her Delight To Be Back on Brit Awards Stage on Instagram

The model who is dating 29 years old R&B singer The Weeknd completed her second look for the night with a matching sparkly red stiletto ankle boots.

The young model whose Instagram followers count to twenty million followers made a tribute post on the photo-sharing app to her close friend late Chanel designer Karl Lagerfeld. The model shared a series of pictures of Lagerfeld writing a long heartfelt message for him.

Don't miss: Cardi B is our Instagram Queen Of The Week: Check Out Cute Videos of her Daughter as well as Snaps of her Sexy Looks

The Milan Fashion Week takes place till Monday, 25th February which indicates the model will be incredibly busy.