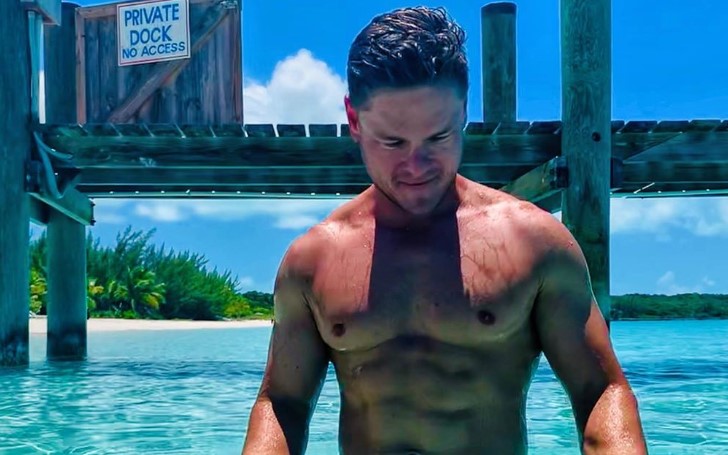 Ashton Pienaar is a reality TV star better-known for his stint on the American reality documentary show 'Below Deck.'

Ashton is the returning crew member of the hit Bravo TV reality show. The star will return as the bosun this season.

We found some interesting facts about Pienaar, which we thought were worth sharing with you. So, let's dive in.

5. Ashton Pienaar is a future doppelganger of Captain Lee Rosbach

Well, it's bizarre. The people were shocked to see the resemblance of two Below Deck stars, Ashton Pienaar, and Captain Lee Rosbach.

Apparently, the comparison between the two came when Pienaar used the FaceApp to get a glimpse of his older self.

And the result was very shocking to people.

4. Ashton Pieran had a near-death experience.

Ashton had a near death experience on one of the episodes of Below Deck.
Source: Instagram

It was reported Ashton Pienaar suffered a near-death experience on the yacht.

According to the sources, Ashton stepped on the line to tow the tender which quickly wrapped him around his ankle.

The line dragged him off the yacht and into the water. One of the cameramen freed Ashton from the line so he could swim.

3. Ashton Pienaar is seeing someone

Ashton's special someone is yet to be discovered.
Source: Instagram

According to some reports, the Below Deck star is seeing someone special. The star has kept his lip tight about his new love, but some sources revealed the special someone is Stephanie.

The full name, however, is yet to be disclosed by the star.

Well, this was something unexpected, but the star has a very close relationship with his one of the castmates.

Ashton Pienaar and Ross Inia's bromance is on full bloom, and they are taking fans along for the ride.

The duo formed a strong bonding following Ashton's escape from the near-death accident which we talked earlier.

1. Ashton Pienaar and Laura Betancourt had something in the past.

Ashton and Laura confused us when they met in January.
Source: Instagram

Th South African-born American reality TV star, Ashton Pienaar, and Laura Betancourt had something in the past.

The two were alleged of hooking up, but the duo declined the claim saying they only cuddled.

While Ashton went a little further and gave us a hint, they kind of did something on their one-night thing.

The rumors were sidelined after a while, but the two gave us the feeling when Ashton and Laura reunited. The duo shared a picture together and left us confused and wondering, what happened to Stephanie?