Bianna Golodryga is Leaving CBS This Morning After 6 Months 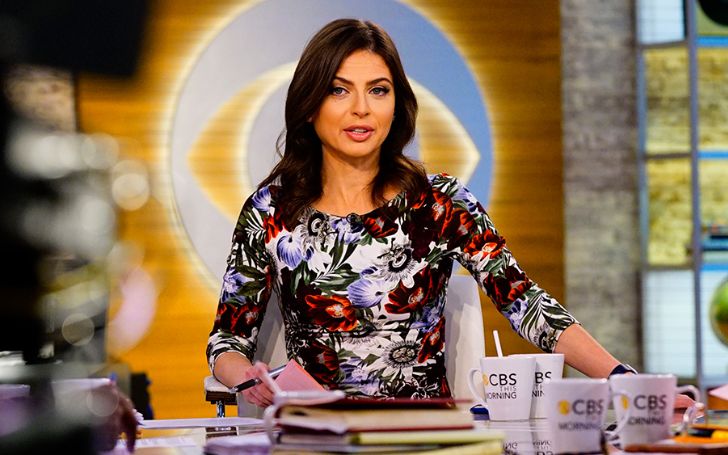 Bianna Golodryga leaves CBS After Six Months of service to the CBS This Morning show.

The host of CBS This Morning, Bianna Golodryga and the CBS, both announced her departure from the channel on Wednesday, April 3, 2019.

Golodryga took to Twitter to talk about her exit from the CBS on Wednesday afternoon.

I’ve enjoyed my time @CBSNews, but it is now the right moment for me to move on. I’m grateful for the friends and colleagues I’ve worked with @CBSThisMorning, and wish everyone the best. On to the next chapter!

Some professional news: I’ve enjoyed my time @CBSNews, but it is now the right moment for me to move on. I’m grateful for the friends and colleagues I’ve worked with @CBSThisMorning, and wish everyone the best. On to the next chapter!

Following her announcement, a CBS spokesperson also spoke about her departure.

Bianna Golodryga has decided to leave the network.

The spokesperson further thanked Bianna for her contributions to the news channel and wished her "the very best in her future endeavors."

Though the official news of her leaving the show came on Wednesday, the news was already reported on Tuesday.

The 40 years' old news anchor was already reported on Monday about the different ideas CBS News president Susan Zirinski had for the show. Although she was offered other works on the channel, she ultimately decided to leave CBS.

The anchor first anchored in CBS This Morning in October 2018 joining the co-hosts Gayle King, John Dickerson, and Norah O'Donnell.

YouTube: Bianna Golodryga Named the Co-Host of CBS This Morning

October was, however, not the first time she worked in CBS. She had been a part of the channel since September 2017 where she came as a part of the job-sharing arrangement with CNN.

Besides her work in CBS and CNN, she has also previously worked with CNBC, ABC News, and Yahoo News.

Why Do 'Big Brother' Fans Think Julie Chen Is Pregnant?

Sara Gilbert Will Be Leaving The Talk (CBS) After 9 Years

Eliza Dushku Was Paid $9.5M For Sexual Misconduct From CBS