home Movies & TV Shows Why is Big Bang Theory Taking a Break Before its Utmost Finale?

Why is Big Bang Theory Taking a Break Before its Utmost Finale? 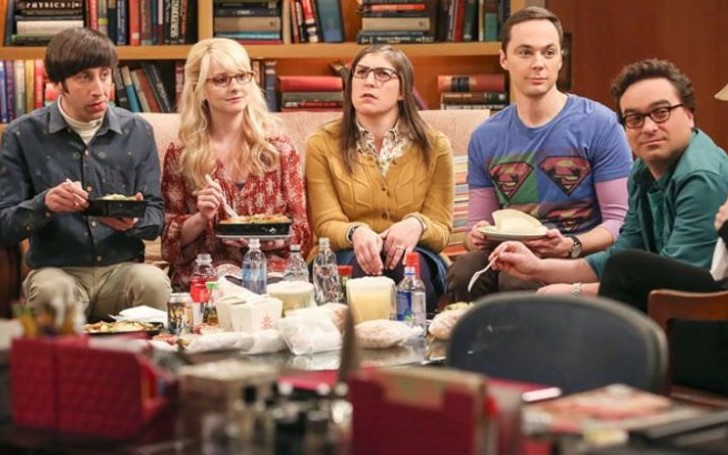 The Big Bang Theory has halted its run when its finale is just around the corner; know the main reason.

CBS’s hit sitcom, The Big Bang Theory is taking a short hiatus amidst the show’s final stay in the network. Back in August 2018, CBS announced that TBBT will be airing its 12th season as a final installment. Following many of the show’s lead stars showing reluctance to return in the show past 12th season, especially Jim Parsons, the creators just decided to end The Big Bang Theory with the last season basically to give a proper send off to its characters.

Out of 24 episodes, fans are only left with seven remaining outings airing between now and May 16—the latter date which is set for one-hour back-to-back finale episodes. However, as for now, it’s been speculated that The Big Bang Theory will be taking a three-week break with no new episode scheduled to release until April 4. In the meantime, CBS has decided to fill its vacated timeslot with reruns of episodes from season 11.

Here's why The Big Bang Theory is ending

Fans may have been frustrated with this break, but it is not something the CBS hasn’t done previously. In fact, the show has often taken another pause after its return from the winter break. Apparently, this has something to do with the so-called sweep period (from April 25 to May 22 of this year’s). Reports collected during these specific dates (also from 2018’s November, February, and July) will be used by advertisers and stations to decide on the advertisement rates for the rest of the year - the higher the ratings a network gains, the higher they can impose the respective prices for the commercials. And the fact, that TBBT is one of the top-rated shows, CBS would obviously want to capitalize on its popularity, especially when the show is already on the verge of an adieu.

The good news though, once The Big Bang Theory returns on April 4, there will be significantly less or even no more breaks till the final episodes. This will depend on whether CBS is planning to the air the one-hour special finale in one or two different dates- if it's the former, viewers would get a new episode on the same day, if it’s the latter, then there may be at least a week break for the last episode.

The rest of the episodes from the finale will definitely linger around the subject of Amy (Mayim Bialik) and Sheldon’s crave to win the Nobel prize and the side story based on the theme of Penny (Kaley Cuoco) and Leonard’s (Johny Galecki) baby issue.

Raj's (Kunal Nayyar) somewhat forgotten wedding plot, hopefully, may also get some progress. His fiancée for the running season, Anu (Rati Gupta), has been absent in the last few episodes—with no mention even in the dialogue from either Raj or his friends.

Don't Miss: 'Big Bang Theory' Star Mayim Bialik Clarifies Her Stance After Being Accused Of Being Overly Harsh About A Fan's Painting

The last episode of The Big Bang Theory saw Bernadette (Melissa Rauch) and Penny traveling to San Diego for a 2-day work convention. This left Bernadette’s daughter and son, Halley, and Michael in the guidance of their father, Howard (Simon Helberg), who, in turn, calls the rest of the boys to help in the babysitting. The episode was full of hilariousness, but it barely gave any possible plot leak for the next month’s episode