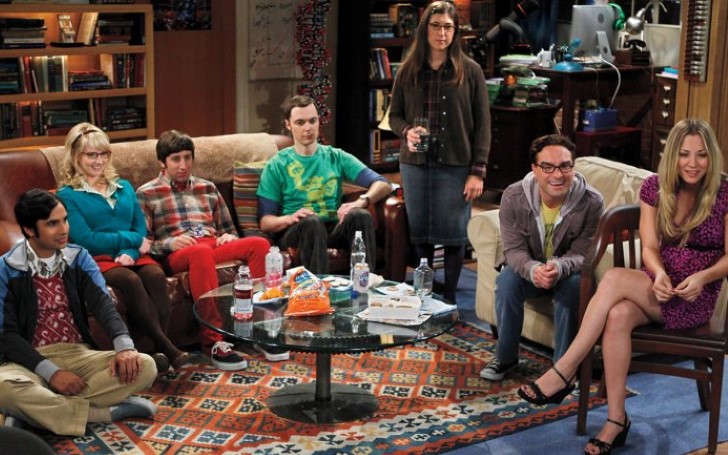 This widely popular sitcom focused on scientists and their ups and downs in lives was a wonderful and unique approach in Television history which surely made the fans laugh their guts out.

'The Big Bang Theory' is undoubtedly one of the best TV shows to ever air, reigning over the hearts of viewership all over the world. Now that the widely acclaimed series is coming to an end. here are the episodes that are a must watch.

In the episode, as Sheldon and Penny are bound to exchange their Christmas gift, Sheldon is in a pickle as to what gift he should get for Penny. He gets Penny a huge variety of Bath Items as he can't decide on which one to choose.

The phenomenal moment in the history of the show makes its way as Sheldon gives Penny an affectionate hug after tearing up by the gift he received. It turned out that Penny signed a napkin from Lenord Nimoy as he ate at her restaurant in an effort to make a considerate Christmas present for Sheldon.

Also read: The Cast and Crew of 'The Big Bang Theory' Went Out With A Bang For The Final Flashmob of The Show’s History

Penny dislocates her shoulder in the bathtub and is forced to turn Sheldon for help. Meanwhile, the other three Raj, Howard and Leonard head to the desert to observe a meteor shower but the episode takes an interesting turn when the guys accidentally get stoned in the desert after lending some cookies from fellow campers.

In the episode, Leonard, Sheldon, Raj, Howard, and Penny are looking at the night sky while Penny discovers a rare comet through Raj’s telescope. They eventually notified NASA about their discovery but Raj gives his own name as the discoverer although Penny was the one who actually discovered it. The episode gets interesting as the two dispute over who should the discovery named after.

When the four guys head to a garage sale, they come across a box of interesting items including a gold ring that they soon discover is a  prop from 'The Lord of the Rings' franchise. The guys start fighting over who actually gets to own the ring to bind them all. As they hold it the ring possesses them with a feeling of greed and selfishness in similarity to the characters of the popular films.

Sheldon and Lenord fight over the thermostat and roommate agreement and Penny hears the two while entering her apartment. Subsequently, Lenord heads to Penny's apartment to cool down and reminiscences his first encounter with Sheldon. The episode holds a lot of back stories that focus on the history of Sheldon's spot in the folding chair before the couch was actually bought. It also lets the fan in on how susceptive Sheldon is to change.

After Dr. Ramona Nowitzki, resurfaces from years earlier and unexpectedly kissed Sheldon he realizes how he feels about Amy, he flies to New Jersey where she’s interning to ask her to marry him. Although the newly engaged couple is excited about the unexpected turn of events, Howard and Bernadette struggle making their peace with their unexpected pregnancy test result.

As Howard is sitting in the cockpit of a rocket ship, he focuses on the turn of events of his past week, which included his blissful wedding to Bernadette. Despite all the planning jitters, the couple decided to exchange their vows on the roof of their apartment in an intimate ceremony. They also pose for a picture right when the camera for Google Earth passed over that exact location.

You may also like: The Big Bang Theory Star Mayim Bialik Says She Was 'Surprised' By One Particular Scene

When Sheldon bags a prestigious physics award, he’s asked to make an acceptance speech at an upcoming banquet. Sheldon’s faces a substantial amount of stage fright prior to the speech and his friends come to his aid. They rely on alcohol to remedy their friend's problem but the idea turns into complete chaos providing the fans with a lot of hilarious moments.

The episode where Sheldon and Amy got married is one of the most extraordinary renditions of the show with Amy and Sheldon'much-awaiteded wedding day enriching the experience of the viewers. In addition, The episode also showcases why the scientist pair are just meant to be together. They make a major scientific breakthrough discovering the concept of perfect asymmetry theory. The fans of the show discovered how compatible Dr. Copper and Farrah Fowler are together, scientifically as well as personally.

This is where the journey of the four scientific friends Sheldon, Leonard, Howard, and Raj took a stiff turn as a sweet, actress-wannabe Penny moves into the apartment across the hall. They all try their best to win Penny's heart and fail in doing so due to their lack of experience with women in general. The pilot provides an insight into the actual personality of each prominent character of the show.

Recommended: Kaley Cuoco Tells Everyone She Is Not Pregnant

The Big Bang Theory has paved its way to the very core of the fans' heart in the entirety of its run for 12 seasons. The show made the audience laugh their lungs out and made them fall in love with each and every aspect and character of the show. From nerdy games to romantic encounters, the series provided a fresher perspective in the life of people involved in the field of science.

Every quirky trait of the characters depicted in a humorous manner made way to one of the most acclaimed TV series of all time. The fans all over the globe are heartbroken to part ways with their famous show as the Season finale is bound to air on Thursday, May 16.