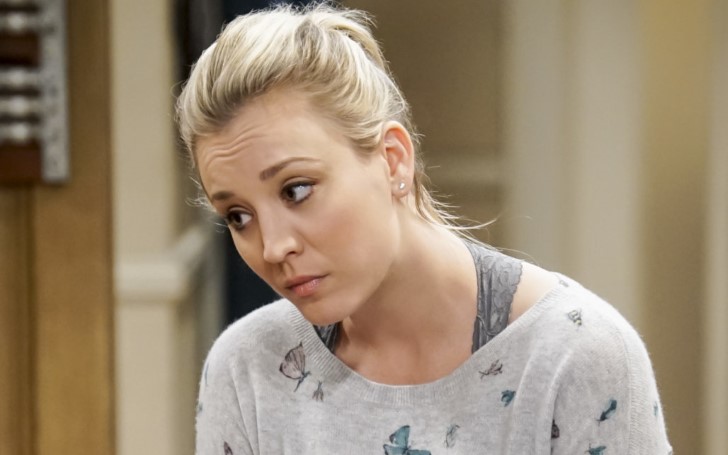 The End is here! CBS's "The Big Bang Theory" is currently running in its final season; Kaley Cuoco shares an emotional post on Instagram “I’m not crying you’re crying”.

One of the Television biggest sitcom 'The Big Bang Theory' is about to end soon. After a successful 12 years of memorable and entertaining journey, the show will air its final episode on Thursday, May 16.

The cast of Big Bang Theory has already started to get emotional regarding the end.

On March 11, CBS shared the news regarding Season 12 as the end, Kaley Cuoco (Penny) shared her emotions expressing through her Instagram story.

Have you seen: HBO’s New Adnan Syed Documentary Trailer Is A Must Watch For ‘Serial’ Fans

The 33-years-old actress shared the photo along with a caption writing “I’m not crying you’re crying.”

Meanwhile, Johnny Galecki (Leonard Hofstadter) shared a touching collage photo of the cast with a caption reminiscing those old good episodes and counting the remaining days left on the show.

The 43-years-old star posted their group photo along with a caption writing:

Recently on Thursday, January 31, the entire Big Bang stars went to a popular Ellen show. During the show, all the casts shared their last filming experience during their 12th season citing every member from the production teams.

Must see: Most Beautiful Woman in The World Without Makeup

So, one of the most loved sitcom series "The Big Bang Theory" is about to end shortly. The show's end has definitely made a sad impact on its worldwide fanbase. Every fan of the show felt like a part of the family getting emotionally attached with the characters as they brought a lot of laughter and joy into our lives through the 12 season run. We will definitely appreciate a decade long fun journey and laughter the sitcom brought us.