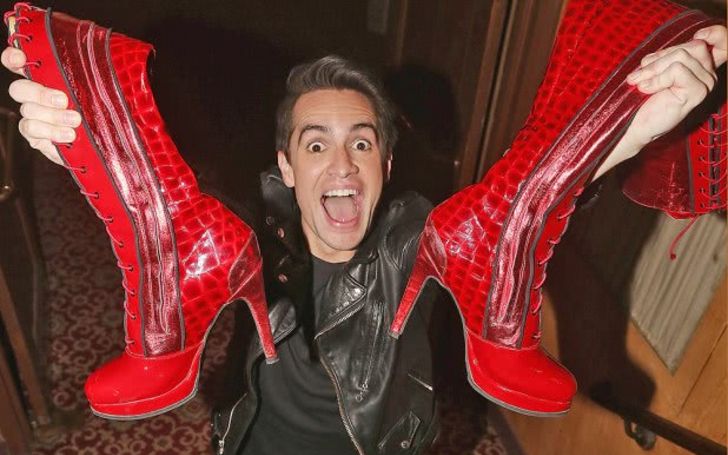 Panic! At The Disco's Brendon Urie expresses veneration towards his life-changing debut in Kinky Boots, 2017.

Exactly a year ago, Panic! At The Disco frontman, Brendon Urie shared his life-changing performance at Broadway stage as Charlie in 'Kinky Boots'.

Brendon who recently released a hit track 'Me!' with Pop star Taylor Swift, takes it to Instagram and shares his love and commendation for the career-shaping musical show.

Today marks a year since my stint on @kinkybootsbway and I still can’t fully express in words how much this experience changed my life for the better. But I love you all so much and I am so grateful to have been a part of it. Thank you. ♥️👠👠

The 'ME!' singer expresses his gratitude writing,

"Today marks a year since my stint on @kinkybootsbway and I still can’t fully express in words how much this experience changed my life for the better."

Well for those who are unfamiliar with the 'Kinky Boots' play well, the prominent ceremony is a Broadway musical with fun and entertaining musical performance based on a book by Harvey Fierstein with lyrics by Cyndi Lauper.

Check Out: Panic! At The Disco's Brendon Urie Struts Into KINKY BOOTS

The High Hopes' singer formally participated in the musical theatrical event in the summer of 2017.

Citing his wonderful moments, Urie acknowledges the warm opportunity he was privileged by Kinky Boots that helped him shape up his stardom to the peak it has reached.

Well, it definitely articulates the singer's humbleness nature. Most of his fans were impressed with the star's 'down to earth' personality.

Hamilton Musical Australia: Everything You Need To Know! >>>

Stay tuned and updated to find interesting news and updates of your favorite personalities.