home Entertainment Who is Caeleb Dressel's Girlfriend in 2020? Find Out About His Relationship

Who is Caeleb Dressel's Girlfriend in 2020? Find Out About His Relationship 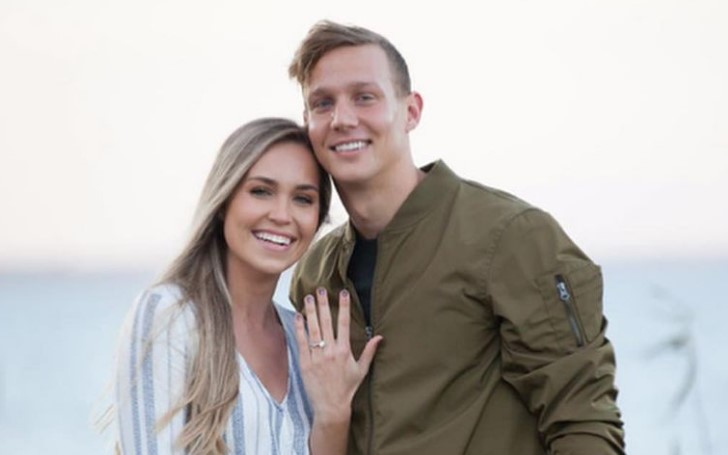 Here's what you should know about Caeleb Dressel's girlfriend in 2020.

Caeleb Dressel (born Caelel Remel Dressel) is an American freestyle and butterfly swimmer. Caeleb specializes in the sprint events, a part of the International Swimming League.

While talking about his early life, Caeleb was born in Green Cove Springs, Florida on August 16, 1996, to his parents Michael Dressel and Christina Dressel.

The 24-year-old swimmer attended Clay High School in his hometown but trained with Bolles School Sharks in Jacksonville. Caeleb was the youngest male swimmer at the 2012 US Olympic Trials.

The following year, Dressel won six medals, including one gold medal in the 100-meter freestyle, breaking the championships records at the 2013 FINA World Junior Swimming Championships in Dubai.

Caeleb Dressel is, in fact, dating someone in 2020. The 24-year-old swimmer is in a relationship with his longtime girlfriend, Meghan Haila.

According to the reports, Caeleb and Meghan Haila started dating as teens while swimming with the Bolles School Sharks. Well, Haila is a pretty impressive swimmer herself.

According to SwimSwam, Meghan won two state championships in the 100-meter breaststroke and swim for Florida State University.

Caeleb Dressel proposed to his longtime girlfriend, Meghan Haila, back in December of 2019. The couple took to their social media to share a series of pictures from their special day.

The photos posted on Caeleb's Instagram show him on his one knee presenting Meghan with a ring with the simple caption "Forever."

The photos were taken by Caeleb's sister, Kaitlyn Dressel, who later posted some pictures of the couple on her Instagram as well. In the caption, Kaitlyn wrote,

"Hands down - this was my FAVORITE surprise proposal TO DATE. My little brother & one of my best friends get to spend the rest of their lives together!!! God is so pure in his blessings to us. So thankful I’m a photographer when moments like this happen."