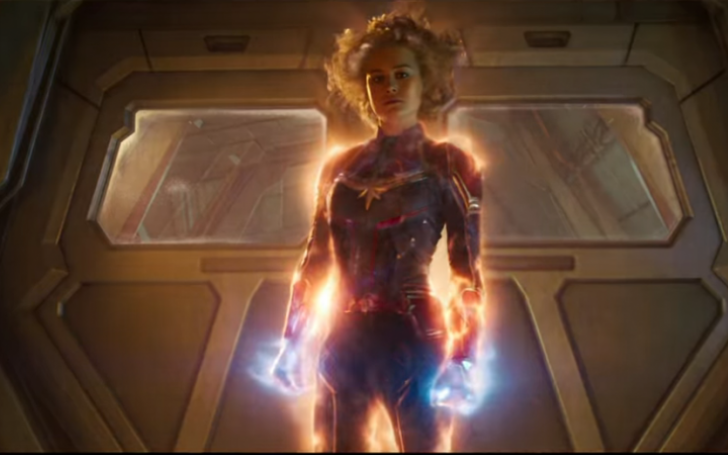 When Fury reached for his pager during the decimation in Infinity War, it was pretty much expected that Marvel was going to tease up some big character in that particular post credit scene. Even the non-comic goers had an idea of who that specific person was.

Shield's director may have had become too late to beep Carol Danvers in the third Avengers movie, but as so often happens, there’s never an appropriate time to play out your white privilege; sure the Warbird may have finished all that Thanos and his stone drama in one blow but the reason as to why she didn’t show up to do the act is still an utmost mystery left to unravel only in the Avengers: Endgame. Now that, we have seen the unparalleled ken of Captain Marvel, it's pretty much understandable why she was Fury’s last call during the MCU’s most desperate time. 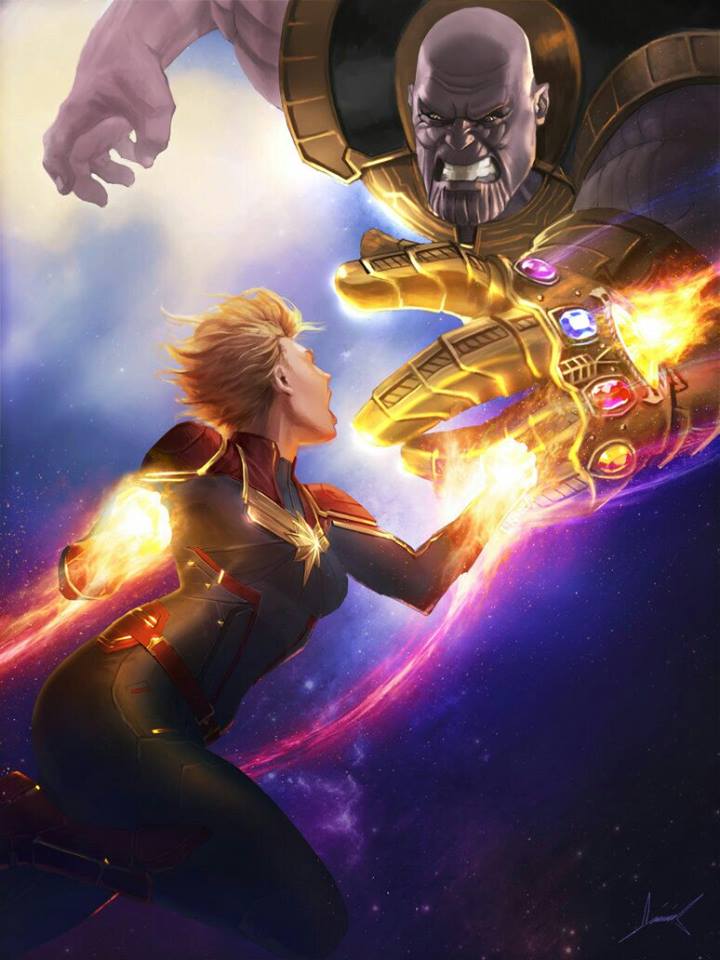 Captain Marvel has a better grip over the Space Stones than Thanos.
SOURCE: Pinterest

Despite the soaring box office success, many comic fanatics are backlashing against the Captain Marvel movie, particularly with the way in which Carol Danvers is being forged into a superhuman. But, it was only a matter of Hollywood decisions before Catherine Donovan’s story was bound to alter. For some, this may be far too unpalatable but on the bright side, this improvisation of the plot may help a lot when Danvers finally clashes with Thanos. Whatever the cause there may be in writers depicting Carol fundamentally different from comic version, she now has quite an edge in the battle against the mad titan.

Danvers is the second character after Vision to have been augmented into supernatural being through infinity stones. But on the comparison, the former’s seed of evolution (through space stone) is far more powerful than that of the latter’s way of awakening (mind stone).

Thanks to Mar-Vell’s (original captain marvel) experimental procedure on Space gem, Carol has become fully indulged with all of its cosmic energies. As one of the six Infinity Stones, the Space Stone is marked as the most powerful artifacts in the universe, with Black Widow saying it has the ability to wipe out an entire planet. Out of all the collections on Odin's Vault, it was the only one that was able to impress Hela, in Thor: Ragnarok.

The immense of its power can only be matched by an individual with sufficient abilities. The fact, Carol survived the Space Stone accident and instead got embellished by it makes her one of a kind. The stone when wielded by someone who truly understands and masters its powers, can develop a wide range of potent and abilities ranging from cosmic teleportation to even creating warm holes through the universe—as shown by Thanos in Infinity War.

However, if it wasn’t for the Infinity Gauntlet, Thanos may have never had the dominance over all these features. Danvers, on the other hand, is truly the one with a noble persona which has allowed her to behold the faculty of Space stone without any medium. So picturing out the gauntlet, it may be quite a task for Carol to pin down Thanos, but not the difficult one.

Beyond her powers of super strength, energy blasts, and flight, Catherine also has the ability to absorb outbound energies or attacks; like Chumbawumba where every time she gets knocked down, she gets up being two times powerful. Thanos might be a formidable foe, but this will be the first time on screen that he’ll be fighting someone who gets stronger the more power he throws at her.

Until Captain Marvel, the movie, the Asgardian heir, the master of mystic arts, Doc Strange, Vision, and Scarlett Witch were only among the other Avengers who had at least hold Thanos one-on-one, if not overpower him. All of these were the next level superheroes who despite their out-of-earth superpowers, still failed to stop the death-worshipping-god.

None of them had that hidden/secret powers in themselves which could have later proven to be a trump card in defeating Thanos. And so comes Captain Marvel.

According to none other than Marvel Studios chief, Kevin Feige, Carol Danvers is more daunting than anyone else we’ve seen in the MCU so far. In an interview with Vulture, Feige said:

“With Captain Marvel, she is as powerful a character as we’ve ever put in a movie. Her powers are off the charts, and when she’s introduced, she will be by far the strongest character we’ve ever had.”

With that being said from the boss, himself, there’s a very good chance that the cinematic Carol Danvers can take down Thanos in a straight-up fight, even without the help of other Avengers.