home Entertainment Celebrities Are Literally Naming Their Vaginas After TV Shows And It Couldn't Get Funnier!

Celebrities Are Literally Naming Their Vaginas After TV Shows And It Couldn't Get Funnier! 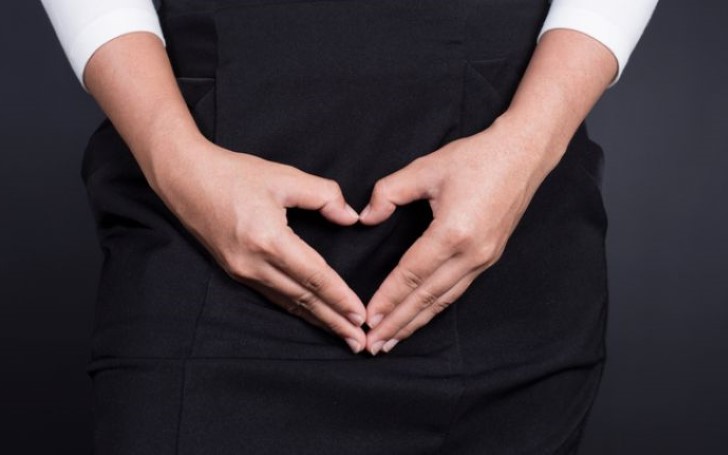 Hollywood celebrities funnily name their vaginas after the last tv shows they watched.

Things got weird yet somehow amusing when these bunch of Hollywood stars took by storm to an Instagram post just so they could name their vagina for real. Jeez!

The fun began when comedian Whitney Cummings shared a post to her seven hundred thousand Instagram followers, that read: "Your vagina is now named after the title of the last TV show you watched . . . What is it?".

The 36 years old actress and author started off the game by revealing her own name by writing: "The Good Place." in the caption section. 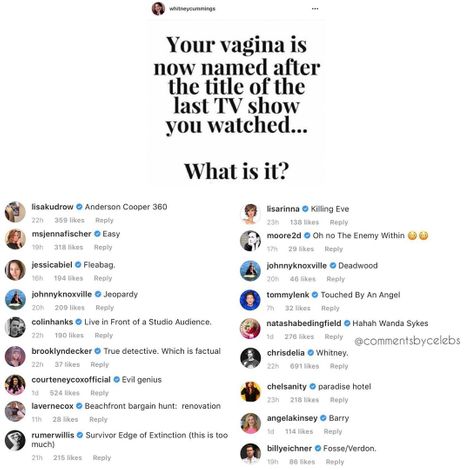 Hollywood celebrities name their vaginas after the last tv shows they watched.
SOURCE: Comments By Celebrities

Immediately after the '2 Broke Girls' shared the post, many of her fan followings and friends participated in the thread as if it was some marathon.

Interestingly, only in less than twenty-four hours, the post earned more than eighteen thousand likes.

As a matter of fact, more than nineteen thousand people decided to play the game so far.

Clearly, the responses are extremely hilarious, especially when it's from A-listers celebrities like Jessica Biel who revealed her vagina name as 'Fleabag'.

Unfortunately, we couldn't get all the comments made by our favorite celebrities but thanking God, Comments By Celebrities took a screenshot and has a record of most of them. Please see them above.

A big thanks to Whitney Cummings too.

So, guys, what are you waiting for? Go and play along by tagging your friends. We assure you, it will be fun.