home Entertainment Who is Cody Fern's Boyfriend? Is He Dating Someone in 2020?

Who is Cody Fern's Boyfriend? Is He Dating Someone in 2020? 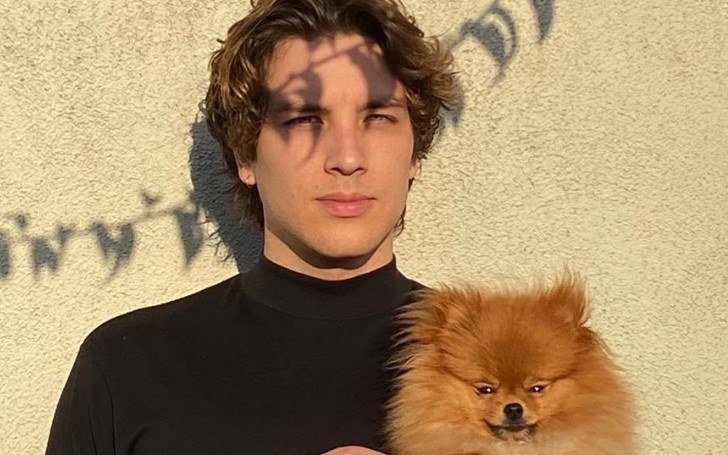 Find out if Cody Fern has a boyfriend or still single in 2020.

Cody Fern is an Australian actor who is known for his appearance on the hit American TV show, "American Horror Story: Apocalypse," as Michael Langdon. Moreover, he is also famous for his stint on the shows like 'The Assassination of Gianni Versace: American Crime Story' as David Maddison, and Netflix series, 'House of Cards,' as Duncan Shepherd.

Cody, who was born on July 6, 1988, in Southern Cross, Western Australia, started his career as a filmmaker. Later after completing his Diploma in commerce Degree from the Curtin University of Technology, he got his informal acting classes from coaches like Ellen Burstyn, Susan Batson, and more.

Actor's most significant break is considered to be AHS: Apocalypse, as since his appearance on the show, he instantly became the fan-favorite. Moreover, the 31-year-old established himself as a fashion icon for his flamboyant and charming looks. The actor was loved so much by the fans that he was called for the second season of the 'AHS: 1984' where he played the character of 'Xavier.'

Since he is already fans' favorite and rarely needs any introduction, let's dive into his personal life and answer a few hot questions about the actor.

Is Cody Fern Gay? Does He Have a Boyfriend?

Well, Cody Fern never openly admitted he is gay; however, some sources claim he is. After knowing this, Cody's girl fans are certainly not happy and left heartbroken, but what worse for those fans is, he is already dating someone.

Since we were looking up on the internet who the actor is dating, we found an article, for which we could not help but laugh. A website named 'gaycelebrities.net' wrote, "Cody Fern is Dating "Su Novio." They wrote it based on YouTube's video's title, if you translate it, it means "Her Boyfriend." Can you believe these sites?!

But anyway, we did our part and found out who the lucky guy is. So, based on the photos on social sites, we found Cody Fern is dating his boyfriend, Eric Smith.

Eric is a social media influencer who is known for his massive following on Instagram. Eric has some 178,000 followers on his old Instagram account, while his new account has only over 57,000 followers. According to the famous Birthdays, he was born on August 22, 1995, in the United States.

Cody and Eric started dating in 2018, some fans believe that couple has already called their relationship off.
Photo Source: Eric Smith Instagram

The reports further state Eric is originally from Baltimore, and later moved to Washington D.C. and then Austin, that's where he is currently based in. Since we know he is gay, only after he started seeing Cody Fern, but the report has it, Smith came out as gay at the age of nine.

It was a tough job to do; finding about the relationship of a highly private person is not a joke! But we did, just for you, lovely readers. Anyways, since we are talking about the couple's relationship, there's only a little information. The two rarely are seen in public, nor do they post pictures of them together.

Some fans, who knew Cody was gay, and dating Eric Smith, have speculated of their split as well. Cody and Eric started dating in 2018; They used to posts photos and stories of them together quite often, but it has stopped as of late. And the reason, as you know, people believe they have separated now. However, that's still speculation, and we hope their relationship lasts longer.

You May Also Like: Who is Inanna Sarkis Boyfriend in 2020? Find Out About Here Dating Life and Pregnancy

For more information about your favorite celebrities' lifestyle, stay tuned to Glamour Fame; and don't forget to sign up for the newsletter.