home Entertainment Who is Cooper Kupp Girlfriend? Find Out About His Relationship

Who is Cooper Kupp Girlfriend? Find Out About His Relationship 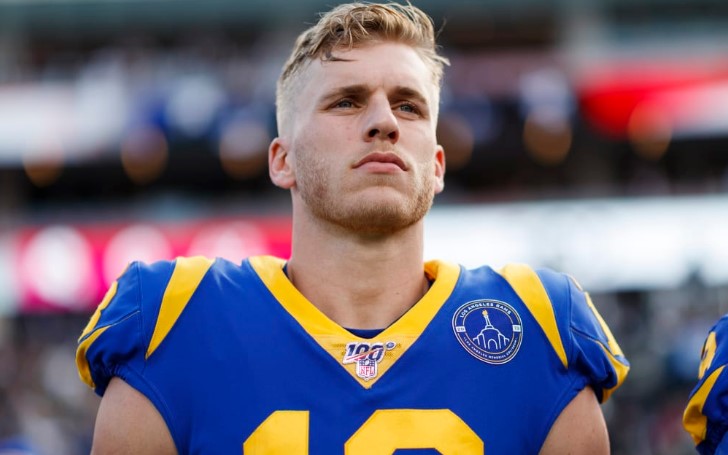 Here's what you should know about Cooper Kupp's girlfriend in 2020.

Cooper Kupp (born Cooper Douglas Kupp) is an American football wide receiver for the Los Angeles Rams of the NFL. Cooper, who was born on June 15, 1993, played college football at Eastern Washington and received All-America honors.

Cooper was drafted by LA Rams in the third round of the 2017 National Football League Draft.

While talking about his early life, Cooper graduated from Davis High School in Yakima in 2012. Kupp was a two-sport athlete back in his college days, in football and basketball.

Also Read: Who is Scott Disick's New Girlfriend? Grab All the Details!

Kupp started his professional football career in 2017; he attended the Senior Bowl and made two receptions for 14 receiving yards for the North, who lost 16-15 to the South. His performance during the event elevated his draft stock.

Sorry to break this to you, but Cooper Kupp doesn't have a girlfriend. Well, because he is already married. Sorry for the bad joke tho, but yeah, he married the love of his life, Anna Marie Kupp.

Cooper Kupp is married to his longtime girlfriend, and now wife, Anna Marrie Kupp. The couple tied the knots in 2015.
Photo Source: Instagram

It's not even news for people who have been following Cooper for a while. Cooper Kupp married his wife Anna back in June of 2015. Following tying the knots, the couple moved to Los Angeles and even recorded a special message to the fans together back then.

PlayerWives.com noted Kupp loves his wife, and he knows her well. Here's the excerpt from the website. The media outlet noted,

"She likes sports, and she likes sports shoes. I know this because she posted a picture of Jordan 11’s Cooper bought for her in February. Anna said her husband knows her too well and she’s a lucky lady."

According to the reports, Anna Marie graduated from Richland High School in 2012. The reports stressed she was a track and field professional athlete back in the days. Later she even coached kids.

Cooper Kupp and Anna Marie Kupp share a son, June. The couple is about to welcome the next one soon.
Photo Source: Instagram

Following her high school completion, she started working in her hometown at some local restaurants. Then she joined Eastern Washington University, where she met Kupp. Indeed, Cooper Kupp and Anna Marie are college sweethearts.

You May Also Like: Who is Caeleb Dressel's Girlfriend in 2020? Find Out About His Relationship