home Entertainment Who is Spencer Rattler Dating in 2020? Find Out About His Girlfriend

Who is Spencer Rattler Dating in 2020? Find Out About His Girlfriend 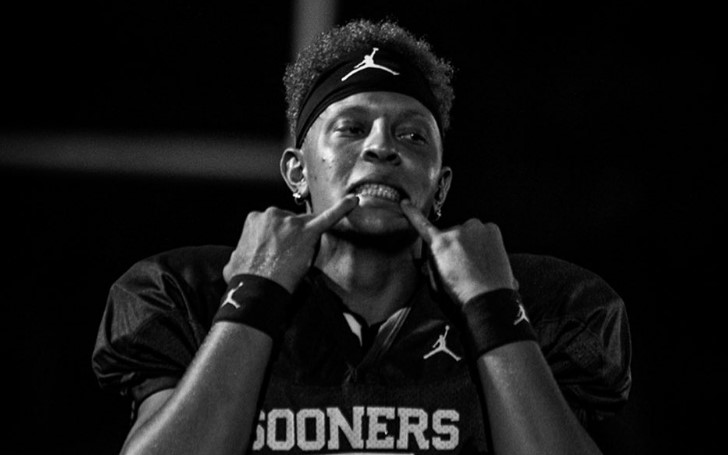 Here's what you should know about Spencer Rattler's girlfriend in 2020.

Rattler broke the Arizona high school passing record on his 18th birthday. The college player in his first season at high school starred in a Netflix documentary "QB1: Beyond the Lights."

Spencer, however, was later suspended for violating a district code of conduct and was ineligible to play for the rest of the season.

Spencer Rattler received 14 offers from NCAA D-1 schools including Alabama Notre Dame, and Miami, during his end of the sophomore year in High School.

Also Read: Dita Von Teese Boyfriend - Find Out Who the Playboy Model is Dating After a Series of Failed Relationship

Spencer visited Oklahoma on an unofficial visit and committed to the team a week later in June of 2019. The college football player signed his letter of intent to play for Coach Lincoln Riley and the Sooners.

Spencer Rattler is, in fact, dating someone in 2020. According to the reports, the college football player is in a relationship with his girlfriend, Yazmina Gonzalez.

The couple knows each other since their high school days as they both went to the same school. The first time they were seen together was on April 1, 2018, when Rattler uploaded pictures of him and his girlfriend.

Also See: Who is Nikita Dragun Ex-boyfriend? Find Out What Happened Between the Former Couple

Yazmina Gonzalez is an American volleyball player, born in Phoenix, Arizona. According to her Instagram and other social profiles, the volleyball player attended Pinnacle High School, same as Spencer Rattler.

According to some sources online, Yazmina Gonzalez was selected as the Pinnacle Volleyball Player of the Month in Match on September 14, 2018.

While being an exceptional volleyball player and also girlfriend to Spencer Rattler, her information is still under the wrap, well, most of them.

You May Also Like: Sierra Furtado Boyfriend - Find Out If the Tik Tok Star is Dating Someone Or Still Single