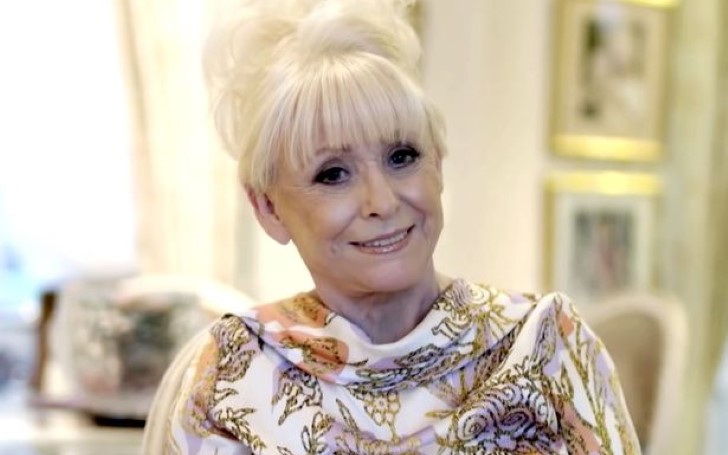 The acting legend Dame Barbara Windsor desperately hopes to find a cure for Dementia before her death.

Acting legend Dame Barbara Windsor was diagnosed with Alzheimer's in April 2014, while her husband Scott Mitchell made the news public last year only.

After having his wife diagnosed with Dementia, Scott is desperately looking for the cure to the disease.

Addressing the current absence of a cure to the disease, Scott says "The heartbreaking thing is a cure is possible."

He further added: "They believe in six years a cure or at least major breakthrough could be found with the right funding."

The 56-year-old Scott is running the London Marathon next month with a number of his wife's former EastEnders co-stars called Barbara's Revolutionaries to raise £100,000 for vital research regarding the possible remedy to the devastating disease.

"That is what we are aiming for. We accept it would be for future generations."

Scott is apparently raising money to fund essential research, Dementia Revolution, which is a joint venture between Alzheimer's groups with hope to help the future generation.

You may also like: Kendrick Lamar and SZA Won't Perform ‘Black Panther’ Song at the Oscars

The couple, married for 18 years, was left devastated when Barbara, 81, received her diagnosis five years ago. In time they, however, have accepted the fact that it's too late for Barbara to make it throughout the potential breakthrough.

Scott furthermore revealed his wife takes "great comfort" knowing they are trying to help others in a similar position.

"Barbara always did a lot for charity and knowing she is helping the Dementia Revolution is at times helping us both cope with what we are going through."

Scott will be joined by EastEnders stars including Jake Wood, Adam Woodyatt, Natalie Cassidy and Emma Barton at the London Marathon on April 28.

Scott hopes his wife will be well enough to see him cross the finish line.

"We are all praying Barbara will be waiting for us at the finish line. She wants to be there but we just don’t know yet."

Scott so far has managed to raise £42,000  to fund essential research for the cure of Alzheimer's.