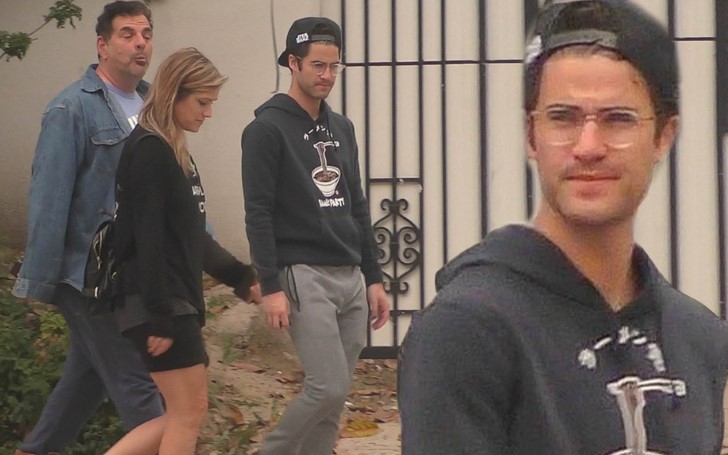 Shortly after being claimed husband and wife, it appears that the newly married couple wants to move into a new home to relish their married life.

Both Criss and Swie along with a close pal recently went for a new house hunting in Los Feliz, Calif on 27th April, Saturday.

The couple looked super casual and serious in the snaps taken by the paparazzi as they headed to celebrity real estate hot spot. 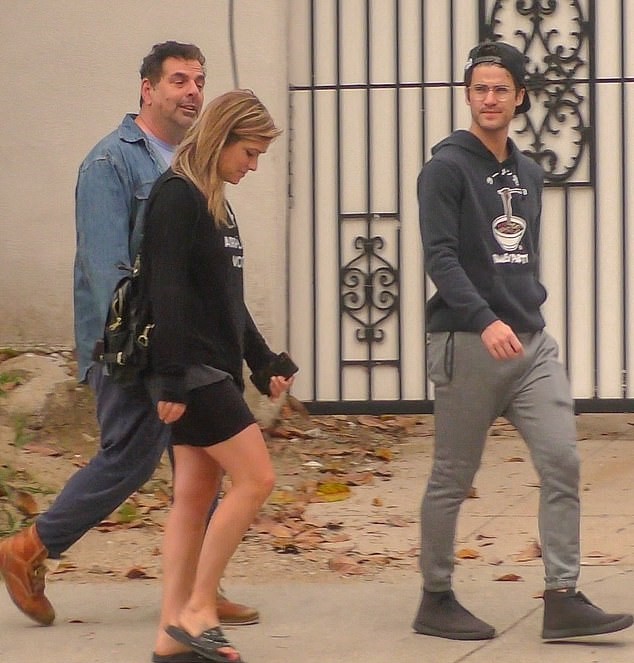 The 32 years old actor who is the first artist in Hollywood to win the Golden Globe Award as the first Filipino American for his excellent performance in 'The Assassination of Gianni Versace: American Crime Story' wore a dark hoodie and grey sweatpants.

Darren's hipster hoodie had a bowl of noodles and a few Japanese words printed across the center.

The Glee alum also added a transparent sunglasses to his casual look and a black snapback put backward on his head.

Criss stepped into a pair of black sneakers to complete his casual Saturday look.

As for his new bride, Mia, she sported a dark grey shirt worn underneath a matching long black full sleeve matching sweatshirt that had a few letters printed across it.

Mrs. Criss accompanied the sweatshirt with a short black skirt to flaunt her long tanned legs as she walked side to side by her husband.

She didn't prefer to wear any makeover on her face and kept her shoulder length blonde layers with side partition free.

Mia completed her casual look with a pair of matching black flipflops rather than sneakers.

🎶 7500 miles I roamed Just to make this dock my home... Sittin’ on Bacuit bay Watchin’ the tides roll away... 🎶 Thanks so much @elnidoresorts for an unforgettable getaway in paradise. #ElNidoResorts #Miniloc #ElNido

The couple said 'I Do' on 17th February in New Orleans in front of Criss's close family, friends and the actor's Glee co-stars Lea Michele, John Stamos, and Harry Shum Jr.

Criss and Michele recently reunited at the Center Theatre Group’s A Grand Night Benefit Gala for a duet performance.

In addition to his role as Andrew Cunanan in 'The Assassination of Gianni Versace: American Crime Story' which aired on FX, the actor also took home an Emmy Award.

Fans of Darren Criss can expect him to see in his upcoming film titled 'Midway' alongside Nick Jonas, Luke Evans, Mandy Moore, Patrick Wilson, Dennis Quaid, Woody Harrelson, which shares a storyline of US soldiers in the World War II.

In other news: Teresa Giudice Sends Heartfelt Message To Judge To Keep Husband In America

Midway made on the budget of $59.5 million releases later this year on 8th November.