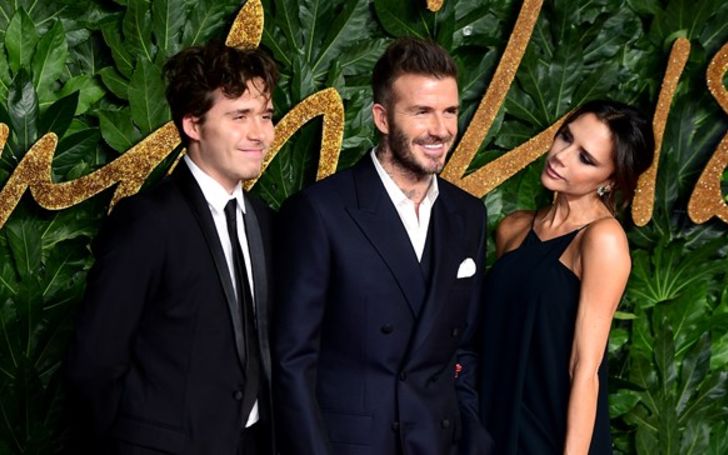 David Beckham and Victoria were seen partying at The Park stage and uploaded a video during the event with the caption "so much fun".

Glastonbury Music festival attracts numbers of A-list names both on and off stage.

Likewise, David Beckham and Victoria Beckham, who are regulars of the events, also turned out to this year event.

Reportedly, David and Victoria were seen acting like a teenager while they were on the dance floor, enjoying Nick Grimshaw's DJ set.

Nick's set started at midnight and lasted for 2 hours. Victoria danced for the whole two hours, sometimes with David and some time with friends.

According to one onlooker, the couple was acting completely as they were in their teenage and it was a very public show of affection as they were hugging, kissing and snogging on the dance floor. However, they didn't seem to care.

The couple was seen partying at The Park stage and uploaded a video during the event with the caption "so much fun" and their son, Brooklyn, was also present with his girlfriend, Hana Cross.

Recommended: David Beckham Was in Party with Super Model Helena Christensen in Miami

We can clearly see the couple enjoyed themselves a week ahead of their 20th anniversary.