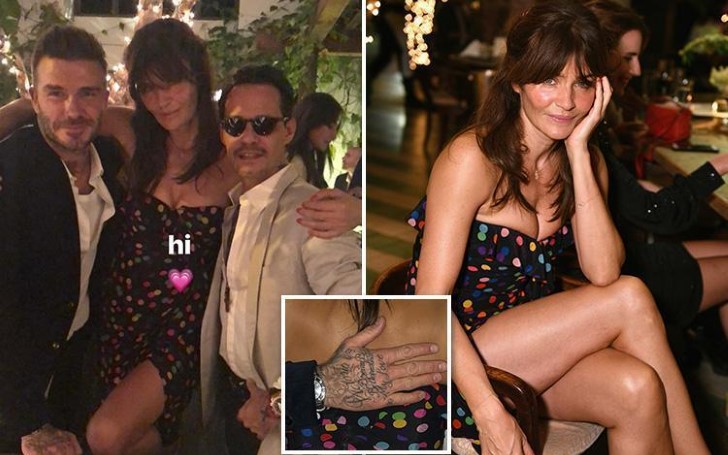 During the party, he was pictured with his hand on the Danish model Helena Christensen's back. Along with her, he was also photographed with Marc Anthony. 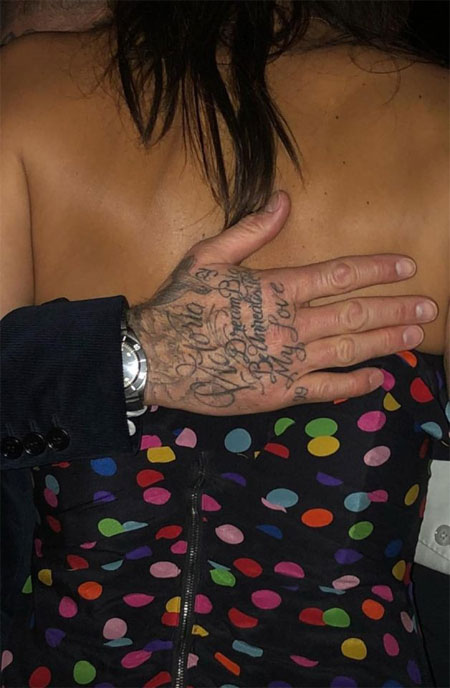 A snap from the party showed the soccer legend's hands on the Danish model Helena's back with a tattoo with his wife's name "Victoria" clearly visible.

You May Also Like: Shawn Booth Spotted With Charly Arnolt After Splits From Kaitlyn Bristowe 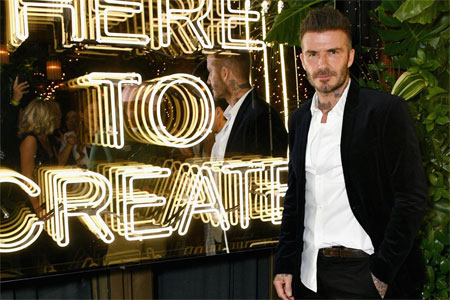 Beckham along with The British Fashion and Adidas originals announced the launch of a partnership called Markerlab Presents: Here to Create on 6th December 2019 which aims to engage young people in arts education programmes around the world.

Plenty of his celebrity friends attended the collaboration party which included Pharrell Williams, entrepreneur Hannah Bronfman, and model Helena Christensen and DJs Mia Moretti and Chelsea Leyland. However, his wife Victoria Beckham was not present at the party.

At the dinner, the star soccer player expressed his attachment to Miami, a city which he's come to call his second home since becoming owner and president of operations of the Miami Major League Soccer’s Club Internacional de Futbol Miami.