home Entertainment David Eason Admits To Having An Anger Problem

David Eason Admits To Having An Anger Problem 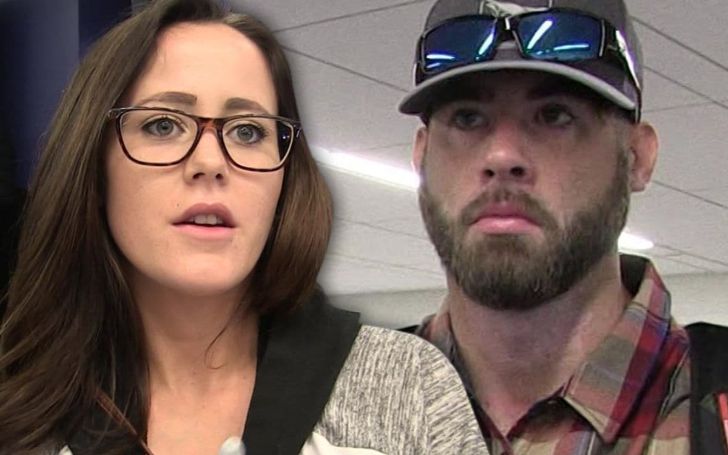 Reports claim that Jenelle Evans' husband David Eason is ready to admit he has issues he needs to work on, following a brutal incident that left their family dog, Nugget dead.

According to an insider who spoke to TMZ, Eason has been reported to agree with the fact that he has serious anger issues and is now 'ready' to seek therapy or get into an anger management program. 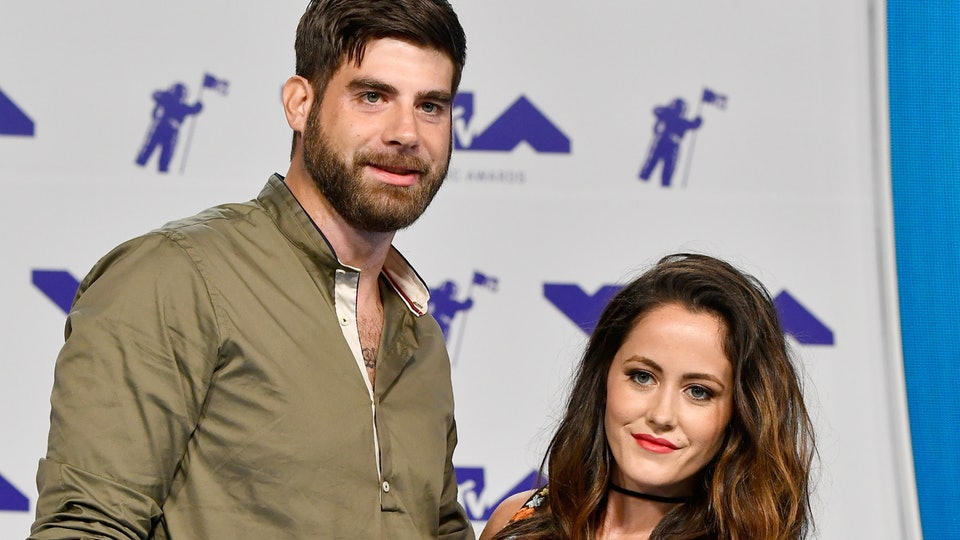 But David can't compensate the loss he has given to his wife, who has consequently lost a number of key sponsors amid the controversy.

Eason has confessed that his anger issues are out of control and that he is ready to get the help he needs. It's said Eason's temper has caused a rift in his relationship with his wife, Evans who had previously admitted that she's 'thought' about divorce.

Meanwhile, MTV is dealing with the fall-out from the controversy, even though they already fired David from the show last year for making homophobic and transphobic comments online.

The pet company Greenies was one of the first to take the action, tweeting: 'We have zero tolerance for animal cruelty. We can now confirm that, as a result of this incident, our GREENIES ads will no longer run during Teen Mom programming.'

Chipotle also announced they were pulling their support, as they tweeted: 'We are no longer airing our ads during episodes of Teen Mom.'

In addition, Dove Chocolate also echoed similar sentiments, writing, “We in no way condone animal cruelty or the mistreatment of animals. We appreciate your feedback and wanted to share that we have stopped advertising on Teen Mom programming.”

David, himself admitted to killing the family dog via social media earlier this week.

In the post, David can be seen sharing a picture of a tearful toddler with a slight red mark on her cheek. Though the skin has not been broken by the dog's teeth. 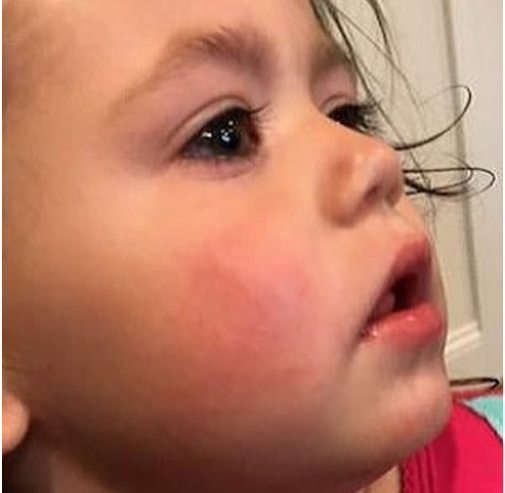 'I don't give a damn what animal bites my baby on the face... whether it be your dog or mine, a dog is a dog and I don't put up with that s**t at all,' David wrote in the caption.

He then added, 'I'm all about protecting my family, it is my life's mission. Some people are worth killing or dying for and my family means that much to me. You can hate me all you want but this isn't the first time the dog bit Ensley aggressively. The only person that can judge whether or not an animal is a danger to MY CHILD is ME.'

People were horrified in learning the brutal details of the dog murder which emerged earlier this week.

According to Blast, David was said to have been 'covered in blood' following the killing of their tiny family dog Nugget.

Reports further claimed the husband 'grabbed the dog by the throat and slammed it on the ground' before throwing the pooch into the kitchen table.

The father-of-two — and step-father to Jenelle's two sons from previous relationships, Jace and Kaiser — reportedly thrashed the body of the unconscious animal out of the door before grabbing a pistol and shotgun and returning outside to shoot the puppy to death.

'Everyone in the house was too terrified to stop him during the attack,' The Blast added, and while Evans was reportedly home at the time, 'the scene was so intense and traumatic that nobody said anything' to Jenelle.

The Attorney General's Office in North Carolina is said to have received 138 complaints from the animal welfare office once the news was out in the open.

Sources revealed to the tabloids that Animal Control will be employing an officer to Jenelle's home on Thursday to 'confirm the dog is dead' and verify who has 'possession of the dog's corpse'.

Law enforcement officials later affirmed to TMZ that a home check did take place, and the officers were able to enter the property through an open gate. The Animal Control officers saw a grey pit bull on the porch, along with several 'No Trespassing' signs. Sources say that the Animal Control officers feared for their safety and left the property, informing the Sheriff's Department who would come in and complete the visit.

Officers were hoping to conclude whether Nugget was still alive, and who had the sole authority of the dog. 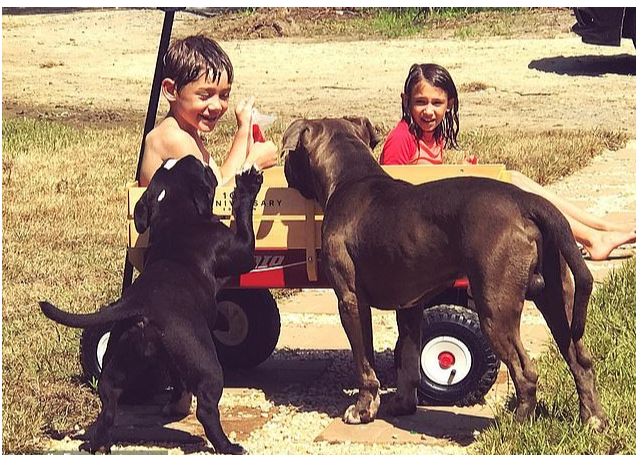 Jenelle Evans and David Eason have two other Pitbulls besides the one David killed a few weeks earlier.
SOURCE: Jenelle Evans/ Instagram

Later this afternoon, an insider close to Jenelle said right after Nugget 'nipped at his daughter,' David took the dog out and slammed it repeatedly into their backyard shed, then took the dog into the woods before ultimately shooting it to death.

Later, on Thursday afternoon, The Columbus County Sheriff's Office confirmed that they are conducting a 'joint investigation into allegations of animal cruelty' with Columbus County Animal Control.

Jenelle said to US Weekly that she's had 'thoughts' of divorcing Eason, 'but nothing is finalized,' suggesting that 'David and Jenelle are not on talking terms.'

In North Carolina, killing a dog falls under a Class H Felony sub headed by the Animal-Cruelty statute.

Officials told TMZ on Wednesday that they will only start to condemn David if Jenelle files a report against him. 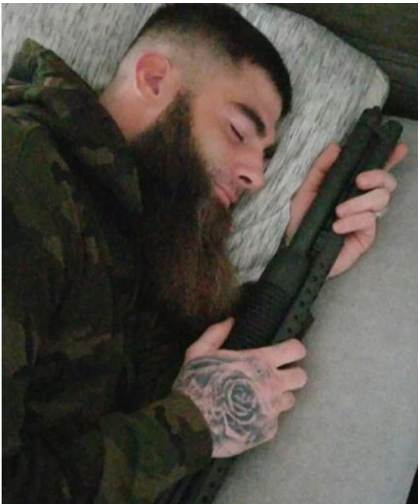 David took the dog out and repeatedly slammed it in the backyard before shooting it to death.
SOURCE: David Eason/ Instagram

On Tuesday unidentified male made the 911 call reporting the felony and the Columbus County Sheriff told Radar Online they plan on filing a report after thoroughly reading the matter.

Eason's wife later took to social media to express her grief at the situation.

'Nugget... I’m crying every day. I love you so much and I’m so sorry. I’m speechless. You were my sidekick and knew the moment I felt bad and would cuddle with me,' she captioned.

Jenelle adopted the French bulldog in August and the couple also has two other Pitbulls.

Eason made it outright clear he had no comment about the incident when he appeared in court to pay $5k for child support on Friday in North Carolina.

When a photog/reporter for local station WSFX asked about the canine's murder, David showed he was not to be bothered with regarding any of the ongoing matters.

'Don't get in my face, bro. I promise you don't want to do that,' Eason threatened in a video obtained by TMZ.

Eason and the photographer's tense exchange happened after the former appeared in court to pay $5187 he owed in child support.

Though David was at risk of being sent to jail for failing to pay the child support, he originally showed up to court without the money he owed. The judge, however, granted him a small reprieve, allowing him to come up with the sum by the end of the day. He returned with the money shortly afterward.

But Eason still is facing serious accusations from Olivia Leedham, a woman he dated briefly in 2013 and subsequently had a son with. 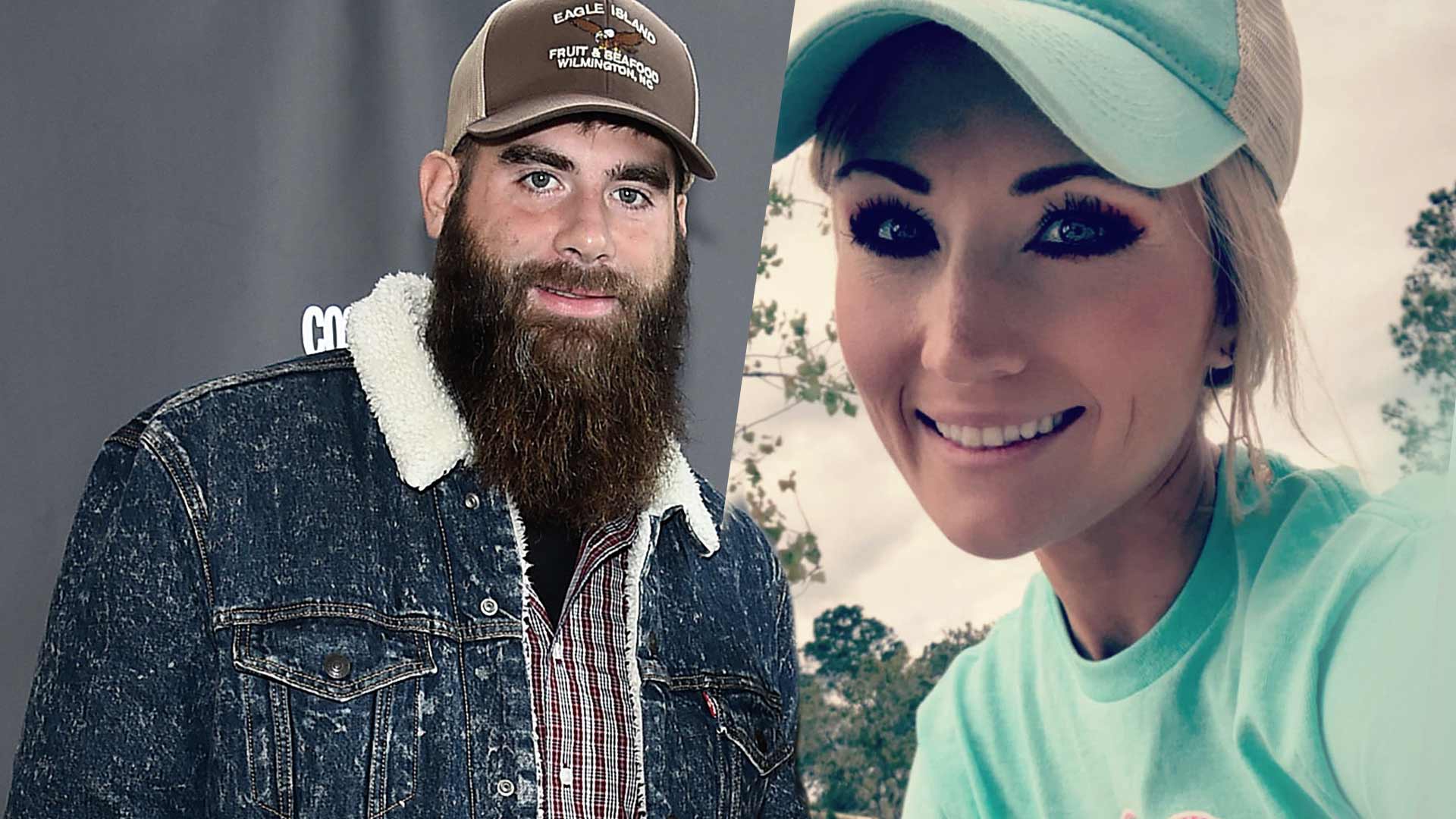 The pair have been tangled in a tense custody battle for years.

In court, Leedham accused Eason was physically abusive to her. She also complained that Eason had pushed her while she was eight months pregnant and that he left her in the middle of the road at night a months earlier.

She also added Eason was 'thousands' of dollars behind in child support.

Eason has been reported of domestic violence in the past, too. Last fall Evans called 911 complaining her husband 'assaulted' her, causing her to break her collarbone.

'He got violent because he's been drinking,' Evans sobbingly said to the 911 operator in October.

But Jenelle later refuted the accusation as a drunken misunderstanding.