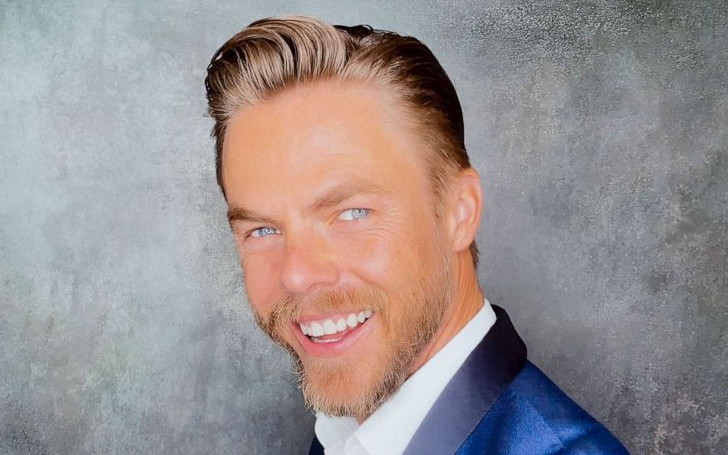 List of all the women Derek Hough has dated in the past.

Derek is best known for his stint on ABC's "Dancing With the Stars" from 2007 to 2016. The ballroom dancer has won record-breaking six times with his celebrity partners. Moreover, he also received nine nominations for the "Primetime Emmy Awards for Outstanding Choreography," and won two times.

While talking about his acting career, Derek Hough appeared in the West End premiere of "Footloose: The Musical" at the Novello Theatre and as well as the 2015 New York Spring Spectacular at Radio City Music Hall in the New York City.

Also Read: Who is Ash Kaashh? Something You Should Know About the Owner of "Heaven Sent Nails"

Derek Hough has a long list of celebrities that he has dated in the past. Before he found love in Hayley Erbert, there was a rumor the pro dancer was dating Nikki Reed, but whatever it was between them, didn't last for too long.

But there are plenty of others with whom Derek has a long dating history. Here what we know so far.

Going back to the 2000s! Derek Hough Dated India Beaufort

We guess this was the longest relationship Derek Hough has ever been in. The pro dancer and 'Jane by Design' actress, India Beaufort. dated for eight years. (2000-2008)

The then-couple decided to part their ways when Derek started dating his "Dancing With The Stars" season 6 partner, Shannon Elizabeth.

Shannon and Derek Lasted for a Year

The romance they found in the ballroom did not last for too long. The former couple, Shannon Elizabeth and Derek, announced their breakup on their social media.

During the time, Shannon tweeted out,

"Hi, everyone. We wanted you all to know directly from us that Derek & I have decided to end our relationship as boyfriend & girlfriend..."

There were also rumors of Derek dating Cheryl Cole. There is still no confirmation if they really dated as rumors of their romance lasted for only a few months (February to May of 2010).

And Joanna Couldn't Handle Him for Too Long Either

Following his breakup with Joanna in 2009, Derek started dating Nicole Scherzinger. It seems DWTS has proved to be a girlfriends pool for Derek Hough. Derek and Nicole met on the set of the dancing show, and rumors of their romance came out true later.

Also Read: Who is Jordan Spieth Girlfriend? Find Out About His Relationship

Nicole and Derek dated for almost two years (2010 - 2012). Following their breakup in 2012, Derek had a fling with Christina Jones. Hardly a month fling. Then came Kristin Chenoweth, with whom Derek was seen for only a few days.

Again, Derek and Maria Menounos, fell in love while the former couple was participating on Dancing With The Stars season 14. The rumors had it that the two were secretly dating, but both declined the fact.

Derek Hough hangs out with Maria Menounos on the 'Extra' set at The Grove in Los Angeles on August 19, 2013.
Photo Source: Zimbio

But before his name was linked with Maria, Derek had a fling with Nina Dobrev. Their fling lasted for only a few weeks (September to October of 2013.)

You May Also Like: Here's What You Should Know About Hayley Erbert and Derek Hough's Relationship