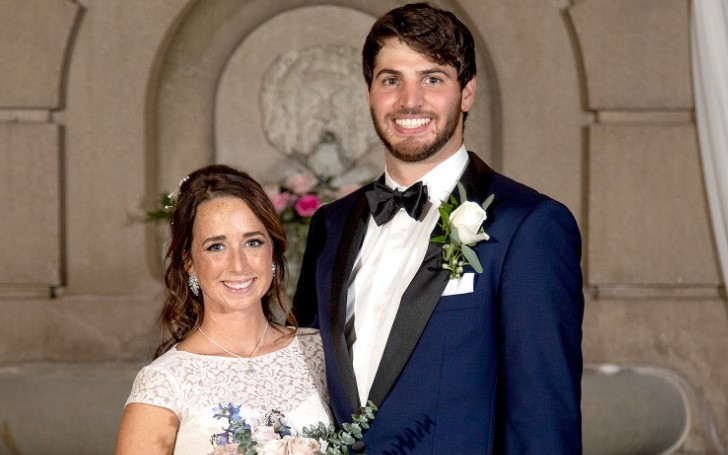 Derek Sherman was not sure about his marriage with Katie Conrad.

If you have been following 'Married at First Sight,' then we are pretty much sure you know Derek Sherman was married to Katie Conrad. The season ten experiment ended with the former couple's divorce.

Now when Derek looks back and thinks about his marriage with Katie, Sherman confessed he had no idea if he was ready for marriage in the first place. However, the TV personality stressed he only knew he was prepared to fall in love.

Derek Sherman confessed he had no idea if he was ready for marriage in the first place.
Photo Source: E! Online

Katie's former husband said, "I was ready to find someone I could spend the rest of my life with. And to me, once you're able to find that, marriage comes second because it's only natural."

Derek further revealed he felt he was in a good position with where his life is to settle down and make a future, but at the end of the day, he was ready to find love.

Derek and Katie chose to stay married on the final 'Decision Day,' but the former couple called their marriage off at the end of the eight-week experiment, during the reunion special, which was aired in late April.

Derek, however, has a pretty good reason for calling his marriage off. During the reunion, Sherman revealed Katie reportedly cheated on him twice with her ex-boyfriend. Following his split, TV personality further said he is now looking for his ideal partner.

Derek, on his 'ideal partner,' said, " I suppose my ideal girl would be someone who loves making fun out of nothing, someone who is always down for an adventure - spontaneous but also just endlessly loving and caring."

He further added, "And someone that inspires inspiration in me to follow my dreams," Derek continued on Jamie and Doug's podcast. "I guess someone that makes me a better person and at the end of the day would be my perfect person."

All's well, what ends well. All we can say for Derek now is, May he find his ideal partner soon. And his supporters should be happy for Sherman as he found Katie was not the person for him, all at the right time.