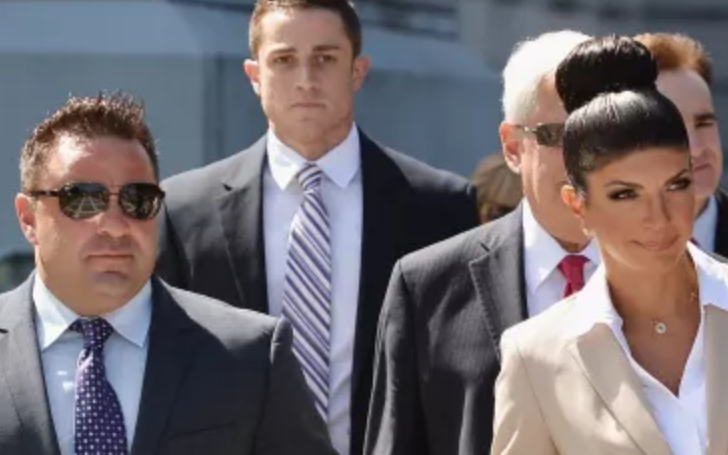 IRC issued a statement in which they demanded Guidice should be permitted to remain in the US to argue his case.

Joe Guidice of the Real Housewives of New Jersey was in a lot of trouble for five years after Teresa Guidice and Joe were found guilty of tax fraud.

Though Joe completed his prison sentence, he was facing deportation to his native country, Italy.

It seems like the TV personality will make an unwelcome trip to his home country very soon. However, there is an extension to prepare his final arguments.

For some time it looked like the court could throw some mercy on Guidice but all of his options are disappearing quickly as TV personality's first appeal was rejected.

Though the 47-year-old came with other claims as well, like Guidice even said though he was born in Serrano, Italy, he has no knowledge of his home country as his parents relocated New Jersey when he was less than a year.

Even Giudice's teenage daughter Gia Guidice appealed to President Trump to intervene on her father's behalf, but that failed as well.

Now Guidice's lawyers are putting out their best effort to stop the deportation of the TV personality following which a slight ray of hope came upon Guicide. In fact, the legal team pulled off minor victory this week by receiving extension for Joe's appeal, thus delaying deportation.

Joe has now until July 18 to prepare his final argument which was ordered to submit by July 15.

That is not much of a win, but those few days could turn out to be crucial as the TV personality recently received the support of the Immigrant Rights Clinic (IRC).

IRC issued a statement in which they demanded Guidice should be permitted to remain in the US to argue his case.

It certainly is good news and hope for the Guidice compared to the situation he was facing for a long time.