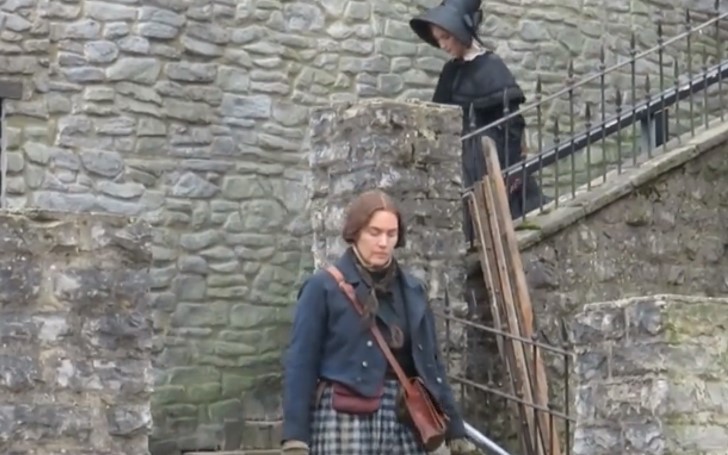 One of the Hollywood prominent director Francis Lee is facing Backlash from his upcoming movie 'Ammonite'. Lee is precisely known for his movie 'God's Own Country': 2017's blockbuster hit movie crediting 20 wins and 19 nominations.

The upcoming movie Ammonite is starred by Kate Winslet and Saoirse Ronan who narrates the story of fossil hunter Mary Anning and her lesbian love affair.

Behind the scene, glimpses from the upcoming movie 'Ammonite'.

The movie faced criticism initially after a member of Anning's family claimed that the LGBT content was additionally highlighted and fake. Claiming that all the premiered story never happened instead cited that 'Anning kept all her personal life confidential and never married.'

Find out: Oscar-winning Classic Forrest Gump To Get Bollywood Remake

The 74-years-old defended all his accusation and slagging, justifying him and the movie among his audiences on Twitter on 17 March 2019:

A Sunday thread: It has come to my attention there is huge speculation about my new film and the ‘controversial’ flames that have been fanned on a slow ‘news’ story day by newspapers and columnists who haven’t read my script or know anything about my film

Lee added that the media outraged all the controversies without properly understanding the ulterior motive of the movie.

Lee shared the key motive of the movie defending himself saying:

“A Sunday thread: It has come to my attention there is huge speculation about my new film and the ‘controversial’ flames that have been fanned on a slow ‘news’ story day by newspapers and columnists who haven’t read my script or know anything about my film."

Topsy-Turvy(1999) director defends stating that the media knows nothing about the movie:

“I should also point out that the film (again, that these newspaper writers know absolutely nothing about) hasn’t even been made yet."

“Would these newspaper writers have felt the need to whip up uninformed quotes from self-proclaimed experts if the character’s sexuality had been assumed to be heterosexual?”

Lee later clears all the accusation regarding LGBT content stating"

“After seeing queer history be routinely ‘straightened’ throughout the culture, and given a historical figure where there is no evidence whatsoever of a heterosexual relationship, is it not permissible to view that person within another context?"

“Particularly a woman whose work and life were subjected to the worst aspects of patriarchy, class discrimination, and gender imbalance"

“As a working class, queer filmmaker, I continually explore the themes of class, gender, sexuality within my work, treating my truthful characters with utter respect and I hope to give them authentic respectful lives and relationships they deserve"

The Ammonite director reaches all his audiences and confesses them, people, not to judge the film before it has actually been made.

“As filmmakers, we try to make the best work possible and perhaps it would be better to wait until that work actually exists before assuming, presuming or critiquing what that work is and how it depicts its subjects and world."

“I would now love to get on with the business of actually making a new film which I hope you will like. Thank you for reading.”

So, the movie is set to be released in the year 2020. Currently, the movie is under production and facing some allegation and backlashes regarding LGBT content.

We hope Lee shortly gets out of all the accused testimonies and amuse us with his upcoming peculiar movie 'Ammonite'.