After Disney+ Series; Ms. Marvel, She-Hulk and Moon Night Will Make Their Way Into MCU Movies 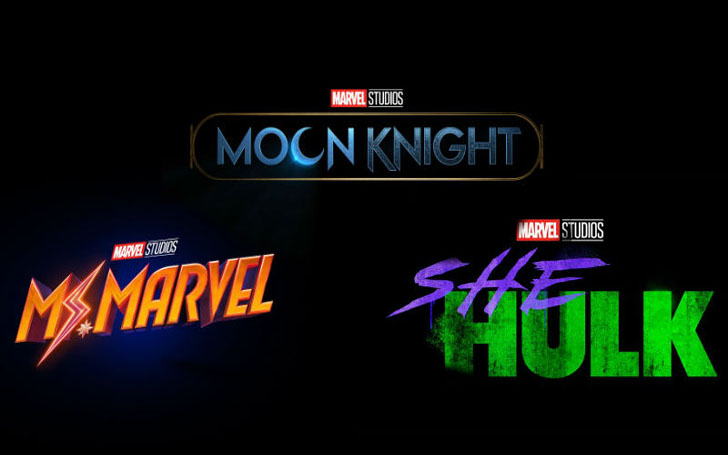 Other Disney+ series characters will be making the transition from small to the larger screen in and after Phase 4.

Every aspect of the MCU universe is connected, and most of the time, everything is blatantly in front of us, and they don’t even try to hide the fact the movies are connected. But like in the first 'Ant-Man' where there was a member of the Ten Rings present to buy the yellow suit, which no one even knew about, is going to play a major role in the upcoming 'Shang-Chi' movie.

There is a lot of commitment which goes into spending your time with the MCU, and now they will ask for even more of your time when the double whammy of movies and TV shows takes hold starting from 2020. In the past, the TV wing and film wing of the MCU were kept in separate parts of the same franchise.

TV shows of Marvel used to talk about the events of movies in cursory terms, whereas the movies ignored their TV counterparts like they were the plague. But now Kevin Feige, the man responsible for the MCU being where it is now, is taking the reins of the entire Marvel Universe after his promotion as the chief creative officer at the Marvel Studios.

With Kevin taking both the TV and movie wing under the same roof, integration is going to be possible for the first time. Feige already revealed some MCU characters would be making the jump into their own Disney+ shows, and some of the Disney+ storylines will bleed into the MCU movies. For example, 'Scarlet Witch' will be present in the second 'Doctor Strange' movie, and recently, it was revealed, 'Loki' will also make his presence felt in the sophomore 'Doctor Strange' movie.

There is nothing new about 'Scarlet Witch,' 'Loki' and 'Doctor Strange' being in the same movie, they’ve all been together for at least two different MCU flicks. But here is the thing, the past MCU characters are not the only ones making the jump from Disney+ shows to MCU movies. According to Feige, the recently announced projects 'Ms. Marvel,' 'She-Hulk' and 'Moon Knight' will all find their way into future MCU movies.

The head honcho of Marvel Studios was talking on Awards Chatter podcast of THR when he revealed the new TV characters would be making some transitions. He said, “Some characters we've announced like 'She-Hulk,' 'Ms. Marvel,' and 'Moon Knight' you will meet for the first time on a Disney+ show and then they'll go into the movies,”

All of these characters (Ms. Marvel, She-Hulk and Moon Knight) were the newest addition to the Disney+ streaming service’s shows, announced during the D23 summit. All of the announced characters will also show up in the future MCU movies, which means Kevin’s claims were correct. He said people would need to watch the Disney+ shows to be in the loop of the MCU, and it sure seems that way considering almost everything (except 'Black Widow') Marvel is producing from 2020 onwards is going to be connected somehow to the larger picture.

Considering the vast library of Disney, plus the addition of Fox already means there is more than enough quality content on the streaming service, combining the whole package with a low price of $6.99 per month does not seem like a huge commitment. Netflix subscription costs double the price, and there is no way they can provide you with the sheer amount of back catalog of past and modern classics.

Disney+ comes alive tomorrow, on 12 November 2019, so hold on to your hats, this is going to one hell of a ride starting with 'The Mandalorian,' which is set to premiere on opening day.

Before you leave, make sure to head on over to our Movies & TV Shows section for more news and development on all MCU movies and TV shows coming down the pipeline. Also, do not forget to visit Glamour Fame to be in the know of all the happenings in the world of show business.