Don't Tell Us You Knew Carrie Underwood Has a Boyfriend 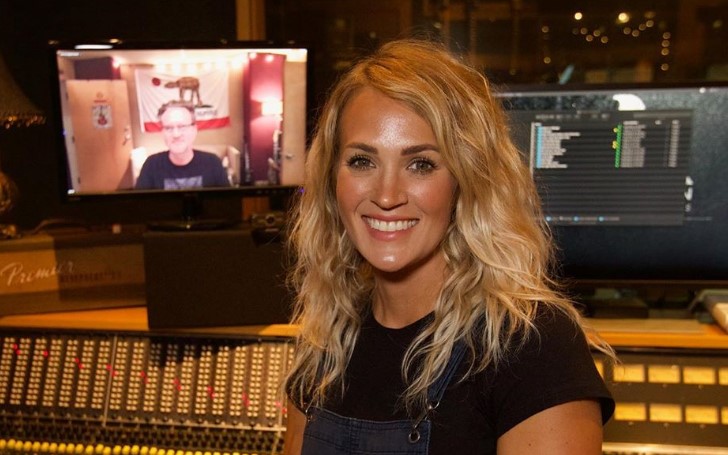 It was National Boyfriend Day on 3rd October, and Carrie Underwood just introduced her fans to her boyfriend! We know what you are thinking, Carrie is married for years, right?

But our darling Carrie is not stopping to call her husband, Mike Fisher, boyfriend. Since it was a special day, Underwood shared a photo with her "boyfriend" on her Instagram on Sunday to celebrate the day.

Also Read: Where Does Laine Hardy Rank Among The Best American Idol Winners In History?

Moreover, she had plenty of other reasons as well to celebrate the day as she recently released her first Christmas album, "My Gift."

On the caption, the "Cry Pretty" singer wrote, "Been married for 10 years, but he’s still my boyfriend." The picture showed the couple all smiles.

Soon after, Carrie's post's comment section was filled with people's reactions, agreeing with the singer's sentiment.

"I’ve been married for 39 years, and I say the same thing! Love is keeping it real! Happy Anniversary!"

"Aww, so sweet, and you’re looking beautiful as ever in our summer collection. ☺️ 👏"

It's such lovely to see this couple, they are married for 10 years, and love just keeps on growing for them. Carrie and Mike Fisher celebrated their 10th anniversary in July, but looking at their pictures, they are still in the honeymoon phase!

You May Also Like: "The Craft: Legacy" Trailer is Out Now! Find Out About Its Release Date and Cast