home Entertainment Dustin Lynch Girlfriend - is the Singer Dating Someone?

Dustin Lynch Girlfriend - is the Singer Dating Someone? 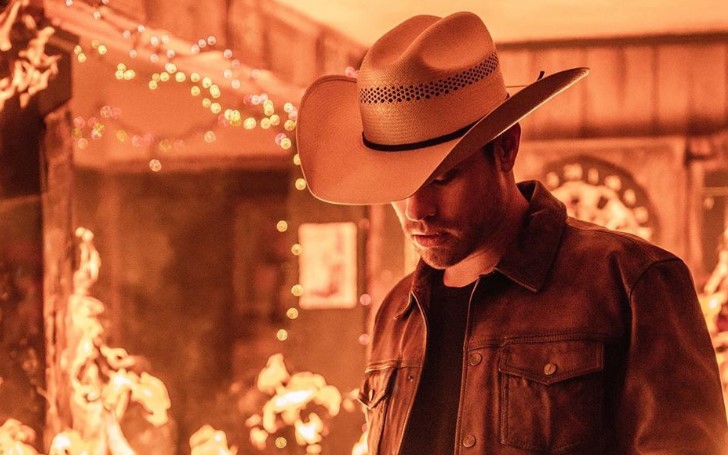 Dustin Lynch (born Dustin Charles Lynch) is an American country singer/songwriter who was born on May 14, 1985. Lynch always had a kick for the music, as suggested by the reports, he started playing guitars from an early age of eight. The country singer, however, quit it, but again picked the habit at age 15.

The first gig he performed in a large mass was when he was 16 when he played at the Bluebird Cafe in Nashville during an open night. The singer was well received by the crowd present at the cafe, which became a sole reason he decided to form a band.

Following his band formation, Lynch was signed to 'Valory Music Group,' later the country singer was signed with 'Broken Bow Records,' in 2011, from where he released his first music album, 'Cowboys and Angels,' in January 2012. since then, Dustin is a big name when it comes to country music.

While his professional life seems all set as he is doing so great in his music career, we wanted to know more about the artist. While going through his facts, we found something interesting about his personal life that we thought we should share with you people. So, let's find out.

Dustin Lynch Girlfriend - Is the Country Singer/Songwriter Dating Someone?

Dustin Lynch is not just good with his music but also can kill you with his dashing looks. No doubts the girls go crazy over him for his voice and looks. But sorry, ladies, Dustin is already in a relationship with his beautiful girlfriend, Kelli Seymour.

Dustin Lynch is in a relationship with his girlfriend, Kelli Seymour. The couple started dating since January 2020.
Photo Source: Kelli Seymour Instagram

But it's not been too long the American country singer is in a romantic association with Kelli. In fact, it was back in January of 2020, Dustin announced he has fallen hard for Kelli Seymour. And it's a really shocking and exciting story of how the couple met.

Also See: Mia Khalifa Weight Loss - Get All the Details of How the Former Adult Film Actress Lost Weight

The couple could not be more thankful for social media platforms like Instagram from where the couple's love first started. According to Dustin, he sent a 'DM' to his now-girlfriend, Kelli Seymour,' with a 'Hey' followed by a big smiley face, and the rest is all history. It was the beginning of their incredible love story.

Dustin's girlfriend, Kelli Seymour, is a model, actress, and social media influencer. Kelli, who was born on September 20, 1992, is currently signed to MP Management in LA and Miami and also has credit for the movie 'Sorority Slaughterhouse.'

As we know, she is a model-cum-social media influencer, Kelli boasts an impressive followers list of 187K. The model is often seen posing in swimsuits on her posts, which garner millions of likes. And how can we forget, she uploads some pictures with her bae too.

Dustin and Kelli are often seen on each other social media posts' where they are particularly seen having fun together and enjoying quality time.

You May Also Like: Tenzing Norgay Trainor - Some Facts to Know About the Actor