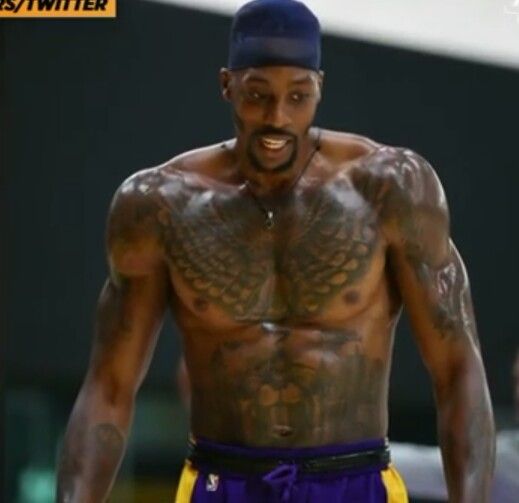 What Is Dwight Howard's Net Worth In 2021? Complete Details On The NBA star's Fortune!

The professional basket player of the National Basketball Association (NBA) isn't just a familiar name in the sports world but is regarded as one of the most honored and talented players.

Dwight David Howards has been playing for the NBA since 2004 and has earned several accolades and broke several records. Born on December 8, 1985, in Atlanta to Dwight Sr. and Sheryl Howard, in a family that had a flair for sports.

Dwight's father was an athletic director of a Christian academy, and his mother was an avid basketball player as well, not professional though; she had played in an inaugural Women's basketball match in a college.

You may like: Lil Durk Net Worth In 2021 - The Complete Breakdown.

Dwight's skills and love for sports hence can be called innate features, but his inborn talents alone didn't make him the proclaimed player that he is today. Keep on reading to discover more about the veteran athlete.

Inside Dwight Howard's Colossal Net Worth

The professional basketball league NBA is known for paying its players enormously. All of its athletes are millionaires, some billionaires, and can enjoy loftily even after their retirement.

That being said, Dwight Howard's acquired fortune is no less than other players. The eight-time All-NBA team honoree too enjoys a massive net worth that is soaring high every year. Dwight's Net Worth in 2021 is estimated to be a whopping $140 million in 2021.

In 2019, Dwight was the 74th highest-paid athlete in the worth according to Forbes; he reportedly earned $27.8 million in that year alone.

As per sources, Howard's salary has been plummeting since 2020 because of his possible retirement shortly. In the 2020/2021 seasons, he made $2,564,753 from the Philadelphia 76ers. Dwight also makes millions from his endorsement deals with sports brands.

As admired as Dwight is in his professional field, he is apparently as notorious for his personal choices. Dwight has five children from five different women. And superstar also is known for his odd yet viable collections.

Dwight keeps approximately 20 snakes as pets, and the player was investigated once on a case of child abuse. Dwight admitted to using physical punishment on his son and reasoned he did so only because he himself grew up that way while growing up; the charges were dropped later on.

Dwight Howard is a father to 5 children, and he reportedly had them with 5 different women.
Photo Source: Sportscasting

Dwight currently lives in his $8.8 million mansion in Atlanta. He had previously sold another million-dollar mansion in Orlando for $4.9 million.

The NBA player, while sharing his heart on his accomplishments, said, “I didn’t grow up with a lot, so I literally don’t take anything for granted, and I enjoy every single moment, no matter what it is.”

Dwight describes himself as a religious person, and he had in the past made a statement about how he wanted to make use of his celebrity status to raise the name of god in the league and in the world.

Either his religious instinct or his genuine intentions have enabled the athlete to provide for several charities. Dwight started his own foundation named Dwight D Howard inc. in 2004, which aimed at helping students in need of financial support.