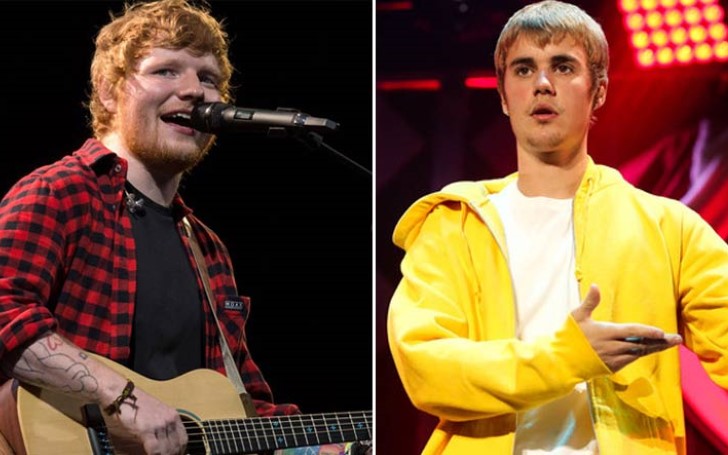 Fans cannot contain their excitement as Ed Sheeran and Justin Bieber provide a sneak peek of their newest song.

On Wednesday, the singing duo released a preview of the track on the UK Radio Station KMFM, merely a day after announcing they were teaming up on Sheeran's new single, I Don't Care.

The snippet arrives prior to the song's expected release on Friday.

My track with @justinbieber ‘I Don’t Care’ comes out this Friday at 5am bst, pre-add/pre-save link in bio x

Bieber, 25 can be heard providing the background vocals as Sheeran, 28 sings what is believed to be the chorus of the song.

You Might Like: Justin Bieber Throws Shades At Eminem By Claiming The Rapper Doesn't Understand The Youth!

Sheeran sings in the preview, "'Cause I don’t care, as long as you just hold me near / You can take me anywhere / And you’re making me feel like I’m loved by somebody/I can deal with the bad nights / When I’m with my baby, yeah."

The lyrics were previously featured on Ed's Instagram earlier this week.