'Edge of Tomorrow' is Officially Getting a Sequel 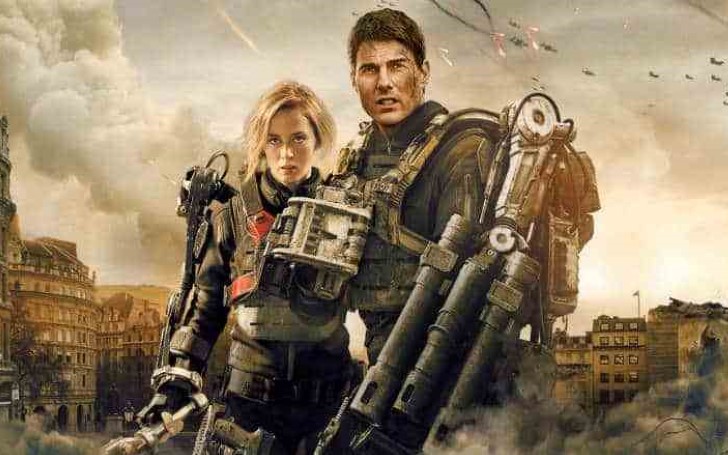 Edge of Tomorrow 2 is officially confirmed.

Warner Bros. is adding up a second installment for its 2014 sci-fi action film Edge of Tomorrow.

According to Deadline and several other reports, the follow-up movie to the Tom Cruise-Emily Blunt time-travel tale will be scribed by Invention of Lying (2009) writer Matthew Robinson.

The first movie, Edge of Tomorrow, from the director, Doug Liman was a box-office success grossing, $370.5 million worldwide, including $100.2 million in the U.S. The film based on Hiroshi Sakurazaka’s 2004 Japanese novel, All You Need Is Kill, is set in a distant future especially in most of Europe where majority of the habitat is invaded by an alien race.

In the first movie, Cruise is seen portraying the character of Major William Cage, a military public relations officer with no battle experience yet is forced by his superiors to join a landing operation (escort fighters to the land) against the aliens. Cruise’s character in the film finds himself in a time loop that sends him back to the previous day every time he dies in combat against the aliens. He is also seen mentored by Special Forces warrior Rita Vrataski (Blunt) in improving his fighting skills through the repeated days-- all to find a way to defeat the extraterrestrial invaders.

Despite being the franchise's pioneering and leading characters Cruise and Blunt are yet to be signed on for the sequel. Blunt told IndieWire last year she was always open for the sequel but originally had to pass because of Mary Poppins Returns.

At the time, Blunt explained,

“It’s a lot for all the stars to align for everyone to be free at the same time and available to do it at the same time. They asked me to do [it] two months before I started Mary Poppins. Tom was like, ‘Can you go this autumn?’ and I was like, ‘No, I can’t go, I’m playing Mary Poppins for like a year, dude! I can’t do ‘Edge of Tomorrow.’

While Blunt had to pass at the time, she also did a hint of a possible return by adding, “Doug Liman has got an awesome idea and he’s excited and they just need to write it. There has been a script, but now I gather there’s another one in the works.”

Watch the best battle scene from the Edge of Tomorrow

The sequel will be sponsored from the likes of producers, Erwin Stoff, Tom Lassally, and Masi Oka, along with Hisashi Sasaki serving as an executive producer. Both Stoff and Lassally have been associated with the first movie, previously also serving as the producers.

Also Read: The Flash Movie Is Getting Another Rewrite and a New Producer

The series' first director, Liman will develop the titled sequel, Live Die Repeat and Repeat, while Joe Shrapnel and Anna Waterhouse, will be doing all the writing works along with Robinson.

- The initial title for the first film was All You Need Is Kill, based on the Japanese light novel on which the movie was originally based on. But for marketing reasons, the label was changed to Edge of Tomorrow. Later, when the studio realized it started to sound like daytime soap opera, the tagline of the film 'Live Die Repeat' was introduced for the marketing campaign. Though the tagline was later eventually removed for the home video releases.

- Warner Bros had originally approached Brad Pitt to star as Major William Cage. After he declined, the studio then went for Tom Cruise. Once Cruise agreed, the writers changed the age of the leading character to fit the newly recruited actor.

- Each battle suits in the first film weighed 85 pounds (39 kg) on average. One of the heavier versions was around 130 pounds (59 kg) since it had to be equipped with a mock sniper rifle and rocket launcher. Because of the weight, each actor needed four people to help put on the battle suit.

- The Edge of Tomorrow was released a bit earlier than scheduled date in about 28 territories—including the United Kingdom, Brazil, Germany, Spain, and Indonesia—on the weekend of May 30, 2014. The territories were chosen considering their strong association with soccer; so the film could be screened to audiences before the month-long 2014 FIFA World Cup began on June 12, 2014.