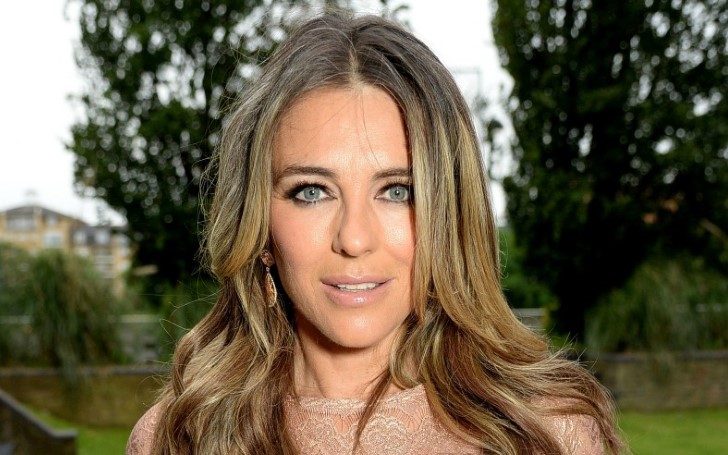 It must be extremely rare when Instagram Queen actress Elizabeth Hurley posted a picture and not take our breath away.

Hurley's recent flashback Instagram picture from her Maldives trip was no exception as it managed to shift up our February temperature. 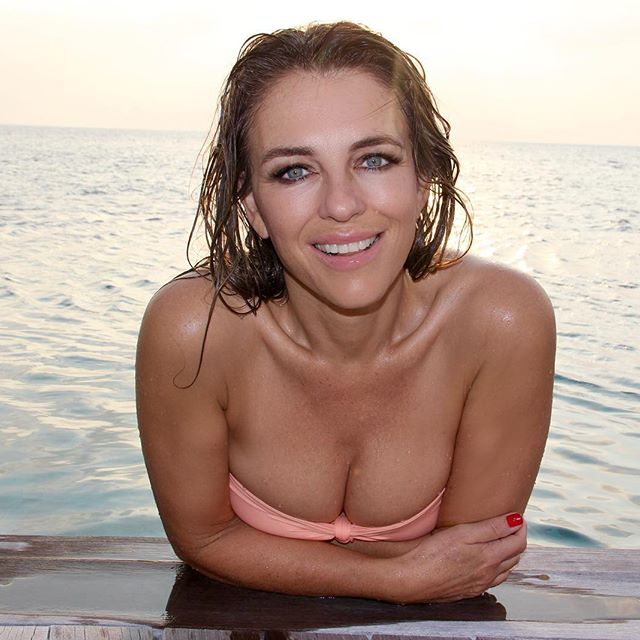 Since the beautiful Elizabeth Hurley knows how to grab all the attention, she once again made sure to gather them all upon her through a sultry picture taken in the Maldives.

The Hampshire native looked radiant as she posed in a strapless peach bikini top that showcased her beautiful collarbones and most of her cleavage.

Hurley flashed a radiating smile at the camera with the eyeliners and makeup staying perfectly unsmudged on her face as she displays the red manicure on her thumb.

Reminiscing the good times she enjoyed in the Maldives, 'The Royal' actress captioned the gorgeous picture saying:

"Sadly not in the Maldives, but wishing that I were  💗 #elizabethhurleybeach #moniquebikiniv"

As a matter of fact, the throwback picture shared to her over one million Instagram followers surpassed over fifty thousand likes.

See more: Emily Ratajkowski Dips Her Toes Into The World of Lingerie; Check out her Seductive Mega Cleavage

By looking at the pictures Elizabeth shows off on her social media, it's almost unbelievable that the actress is a mother to her sixteen years old son, Damian Hurley, she shares with her previous romantic partner, American film producer Steve Bing.

The actress previously admitted the photographer behind most of her glamourous bikini-clad images is often Damian. Elizabeth frequently likes to persuade him so she can post on her social media.

The 53 years old English actress spoke on their relationship to YOU magazine:

"Damian is a great photographer, and he instinctively knows what younger people want to see, but that’s all..."

The mother and son duo recently spent most of their time in India, where they celebrated the new year alongside some of the 'Bedazzled' cast's friends.

Read more: Danielle Cohn Shares Adorable Picture with her Boyfriend on Instagram, "Lucky to be in love with my crush"

Meanwhile, Elizabeth Hurley is the godmother to David and Victoria Beckham' sons, Brooklyn who endured a popular fling with singer Rita Ora, and Romeo Beckham.