home Entertainment Everything You Need To Know About Chris Klafford Relationship With His Girlfriend Bob Linger!

Everything You Need To Know About Chris Klafford Relationship With His Girlfriend Bob Linger! 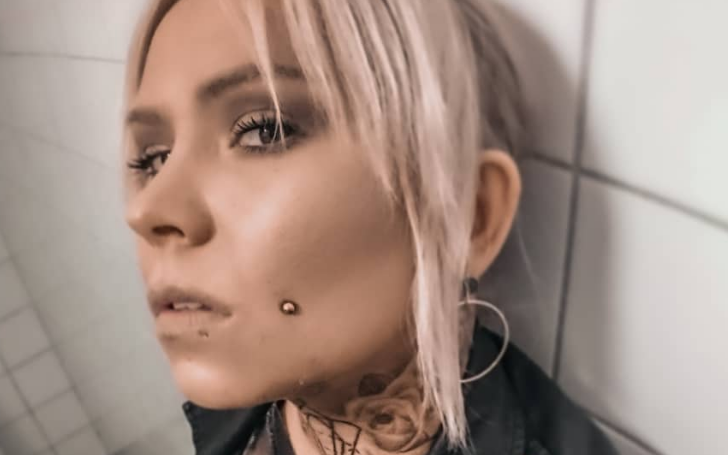 Bob Linger was born in a small village of Sweden, Ramsberg on August 31, 1988. According to the source, Chris Klafford and Bob met online on January of 2013, since then they found an instant connection and made their relationship official on February of the same year.

As we covered earlier this week, Bob Linger is the girlfriend of the Swedish Idol Winner, Chris Klafford. The couple is in a relationship for almost six years after they met online, probably Facebook, how exciting right?

Well, we will cover a few known facts about the Swedish singer's girlfriend, Bob Linger. To begin with, the love of Chris Klafford's life, Bob Linger, was born on August 31, 1988.

The 30-year-old was born in a small village of Sweden, Ramsberg where Chris Klafford is originally from. According to the source, the two met online in January of 2013, since then they found an instant connection and made their relationship official in February of the same year.

A few sources revealed Chris added Bob on his Facebook and it was a completely random thing. The Swedish Idol said he added people with mutual friends and was lucky to have met Bob.

When it comes to Chris' success, Bob is thought to be the most significant support for him. Even Chris admitted Bob is his 'rock' of support.

Bob, who is a photographer by profession, is the person who prepared Chris for the Swedish Idol and supported throughout the competition. Eventually, the Swedish singer won the title.

Read Also: Sos Petrosyan Pulled Off The Most UNIQUE Card Magic Tricks On America's Got Talent 2019

By this time we are pretty much sure that the couple's relationship is rock solid and they will go a long way. The couple's love is quite evident between as Bob often shares tons of pictures of Chris.

As Chris is currently competing in Americas Got Talent, Bob is handling almost every campaign for the Swedish idol; Linger is showing her full support for AGT campaign just like she supported him throughout his journey on Swedish Idol.

While we can see the 30-year-old photographer is supporting Swedish singer throughout, Chris Klafford also doesn't miss to show support to the love of his life. Klafford's Instagram account is also almost filled with posts of his girl.

The couple don't even hesitate to show off their support for each other sharing adorable pictures on social media. On February 6th, the couple celebrated their sixth anniversary during which both of them shared a photo with caption "6th anniversary. Best friend and love of my life!"

Bob Linger also owns a Youtube channel where she started with a vlog then shared pretty much anything including Chris' Video where he is seen singing a cover of 'Wake Me Up' by Avici.