home Entertainment All the facts about Joe Alwyn Family; His Parents & Siblings

All the facts about Joe Alwyn Family; His Parents & Siblings 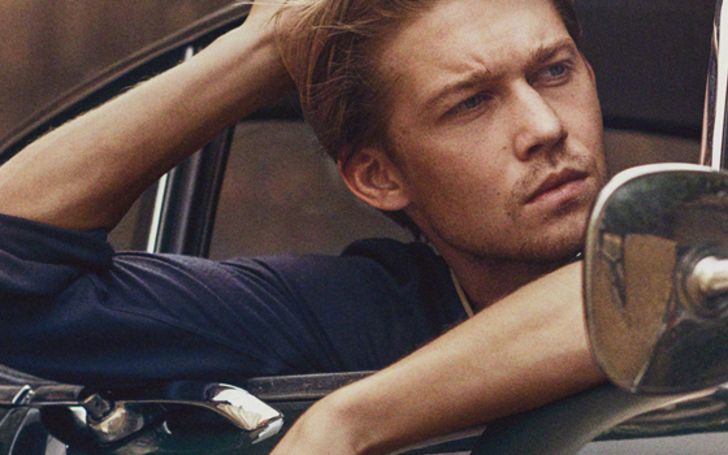 Joseph Matthew Alwyn is an English actor who is noted for his exceptional role in the movie like Billy Lynn's 'Long Halftime Walk' and 'The Favourite,' and precisely now making headlines for his romantic affirms with 'Artist of the Decade' recipient Taylor Swift.

The young star is making quiet headlines now, so to know such motivating persona better in real here, we've come up with some of the interesting facts about the 28 years old star focusing on his early life, career, and family.

Yes, the 1.85m tall star father was a professional documentary filmmaker. As sources from IMDb, he has been credited for numerous documentaries and numerous television movies.

Check Out: Actor & singer Joey Batey famed for The Witcher; Five facts about the star

Some of his directed documentaries are Speechless, Into the Wind, Cathedrals, Love & Letters, and Young Margaret.

Many of you might know the fact Joe is Taylor Swift's boyfriend, who is keeping their relationship under the radar.

Anyway, Alwyn and his younger brother Patrick Alwyn are a huge fan of Taylor and often spend time together.

As per reports from Heavy, they were close to Taylor, 30, as his younger brother made Swift universe news. Two brothers were also spotted having lunch in New York last December as per reports Entertainment Tonight.

Back in January, Patrick Alwyn and Netflix Love star Iris Apatow was once a rumored couple. Both of the couples met as they were a fan of Taylor Swift.

But their love dissolved shortly; however, they are yet to share the reasons.

As per sources from Elle Magazine, Swift rented a lavish yet royal Glin Castle in Country Limerick, which cost around $63,000.

However, the lovebirds kept things confidential, and Alwyn teased fans sharing a beautiful landscape scene that fans assumed was Country Limerick. As sources from Heavy shared,

Taylor’s met all of Joe’s family. They’ve done many a Sunday roast together in fact, it happens without fail if she’s here over a weekend and they seem very comfortable around her. His brothers [Patrick and Thomas] all seem to be fans of them together as they’ve hung out with Taylor and Joe on several occasions.

Besides there were also rumors of the Taylor and Joe secretly engaged. Nevertheless, we are expecting to to hear the jolly news fast.

Hope you enjoyed the facts, stay tuned for more Entertainment article only on Glamour Fame.