home Entertainment Fans Are In Luck As You Can Now Visit The Creepy House From The Conjuring In Real Life!

Fans Are In Luck As You Can Now Visit The Creepy House From The Conjuring In Real Life! 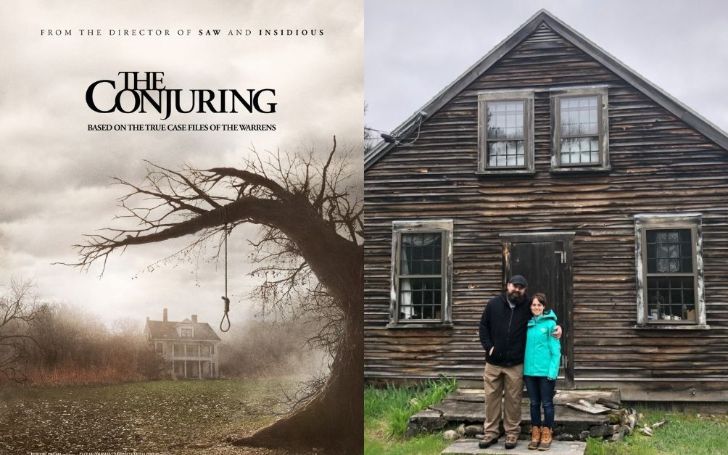 You can visit the creepy house from The Conjuring in real life.

Recently a couple, Cory and Jennifer Heinzen, bought the house that inspired James Wan's original The Conjuring movie - and like almost all the people who have visited the lot, the pair claim that it is still haunted. But there’s more to the story.

As it appears Cory and Jennifer Heinzen intend to set up the Harrisville house in Rhode Island and make it available to people in general and investigators later this year.

To outline a bit of history on this whole matter, Cory Heinzen has been a paranormal investigator for about a decade, and a few months ago, when he noticed the infamous Rhode Island farmhouse for trade in an online domain, he snagged it up as fast as he could.

Heinzen says he has always been intrigued with the Warrens and that it's just like a piece of paranormal history.

Cory claims they had the doors opening, footsteps, and knocks. They’ve had a hard time staying there by themselves, and Heinzen doesn't hold the feeling of anything evil, (but) it's bustling. He says anyone can tell there's a lot of things going on in the house.

Recommended: The Conjuring 3 Is Reportedly In Production

He and his wife closed the trading option back in June, with Heinzen citing the reason that they had immediately fallen in love with the place; eight-and-a-half acres, a river in the back and a pond. He describes the property is serene and urges not to mind the story behind the house.

Jennifer Heinzen likewise adds their whole journey was both scary - for many reasons other than paranormal - and amusing all at once. She says she loves the fact that they have the opportunity to share the home with others.

Heinzen couple owning the rights to the Harrisville house and opening it to visitors and fellow paranormal analysts, seems quite the smart play assuming the site has been an unofficial attraction for quite a time. In fact, the woman the couple purchased the abode from, Norma Sutcliff, sued Warner Bros. back in 2015 because of all the invaders trespassing the house after the franchise success.

You May Also Like: Netflix Reportedly Developing Series Based on Ju-On: The Grudge

And in an ironic turn of events, it turns out Cory Heinzen was one of those undesired patrons who roamed the site a few years prior. But that's not all, Heinzen even met with Andrea Perron before solidifying the deal on the house.

Who's Andrea Perron, we may wonder?

Perron was a member of the first Perron family who shifted to the Harrisville house in Rhode Island back in the '70s and in the end turned into the reason for director James Wan's 2013 haunted house film.

Anyhow, Heinzen, who retired from the military, seeks to frequently travel to the house and stay to regulate a broad reclamation following the period of the next few months.

There, though, is not a definite plan in place for just when Cory and Jennifer Heinzen will open the legendary haunted house to the public.