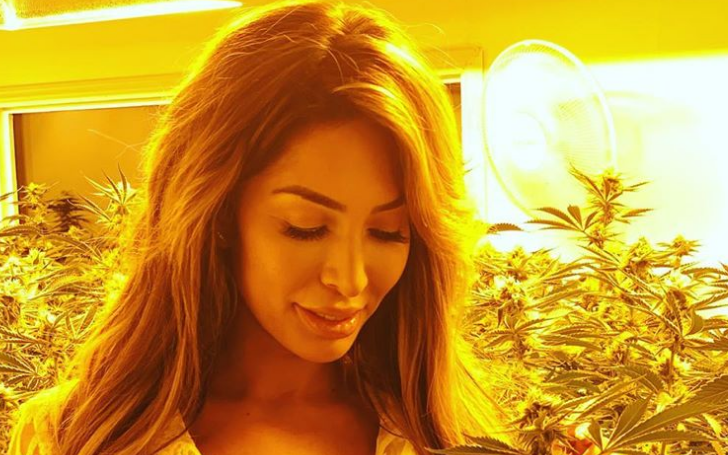 Farrah Abraham is a 'Girl Boss'.

Farrah Abraham has a message to all the haters. The reality star said she does not really care about what her haters think about her.

The Teen Mom star - who believes her daughter is going to be TV star - further added she rarely finds time to go to some events as Farrah is extremely busy, let alone wasting time while hanging out.

The message was straightforward; the reality star really doesn't care what haters have to say about her.

But Farrah - who lent her words of comfort for Amber Portwood - also revealed being famous, or an influencer helps you let you know who is jealous of you. All these years, Abraham's followers on social media have tried to talk down her saying the worst things possible. However, the star was never discouraged.

Instead, Abraham - who once had a breakdown - finds hate comments somewhat motivating as it helps her push it further. Moreover, the star also believes the when people post or say something terrible about her; it really helps her segregate things a better and know who is against her and who is in her support.

The star said she rarely finds time to hang around because she has some crucial things on her hand and she can't really miss them.

Farrah said, "They either think you’re a comedian only, a reality star only, you’re an influencer only. And you know what? I’m a girl boss; I do it all. I’ve tried to be a lawyer at this point, an agent, a manager, a mom, a this, a that, a producer, a director. You could see the list of things, and I actually do it all."

Watch: Farrah Abraham says it all.

Well, Farrah said it all. An excellent message to haters who think they can actually change what this star is up to. A news flash to all the haters - Abraham ignores her haters and stays focused on her life.

The star further added she is doing great so far and hope to continue doing good. Backlashes really don't faze her... You go, girl!