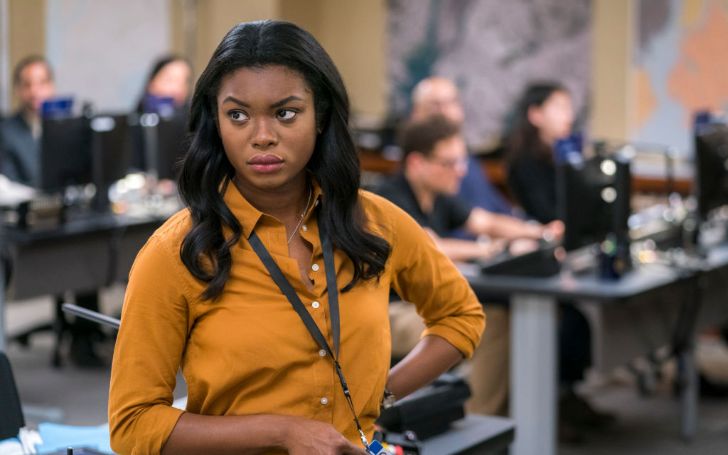 Before being famous for the hit television series 'FBI,' actress Ebonee Noel was known for her roles in movies & TV series like, 'Still Star-Crossed,' 'I Love You, Daddy' and 'Long Nights Short Mornings.'

Ebonee is a natural charmer, as it can be seen in the 'FBI' series, where she portrayed the role of 'Kristen Chazal', a smart tech-savvy woman no one can mess with. Having worked on such mind-gripping series, the actress knows her deal.

So, let's have a look at some interesting facts about the actress.

Growing up as a child, Noel traveled to different parts of the world with her family. The actress was exposed to a variety of cultures as her mother was an Ambassador for the United Nations.

Ebonee attended schools in 'Croatia,' 'Cambodia,' 'Jerusalem,' and 'Ethiopia.' However, besides the constant travel, the little girl proved to excel in her studies. At the time of her graduation from high school and diploma, she was in the city of Jerusalem.

After that, the stunning actress got accepted in the Tisch School of the Arts. The college was a part of New York University. Besides, Noel also got formal training at the Williamstown Theatre Festival in Massachusetts.

Guyanese people belong from the country Guyana. It is on the northern coast of South America, bordered by the Atlantic Ocean, Venezuela, Brazil, and Suriname.

Ebonee's origin is from Guyana.
Source: TV Over Mind

Both of Noel's parents, Cheryl E. Noel and Patrick Warton are from Guyana. However, she was not raised there. Due to her mom's job, the young lady traveled a lot, which led to being away from her hometown a lot. Although, the talented actress is always seen proudly accepting her Guyanese blood.

3. Ebonee's Breakthrough in the Acting Industry

The Guyanese actress started out with her career since 2014. The first time she hit the TV world was in one episode of 'Law & Order: Special Victims Unit.'

Ebonee got popularity after starring in the FBI series.
Source: Monsters and Critics

Noel picked her pace in 2016 from the series, 'Still Star Crossed' for seven episodes. She played out in the movie, 'I Love You, Daddy.' However, her big break was from her role of 'Kristen Chazal' in the FBI.

4. Noel is a Sports Junkie

Fans must be surprised to know, our very own FBI actress, Ebonee, is a huge sports junkie.

The girl is a huge New Yorker at heart and likes to support all the major sports teams of New York no matter where she is. She also likes to spend her spare time rooting for the teams like Rangers, Yankees, and the Giants.

5. Starred in the CBS Series FBI

Noel portrays the character, 'Kristen Chazal', in the fast based CBS drama, 'FBI.' She starred along with co-actors like Zeeko Zaki, Jeremy Sisto, Alana de la Garza, and John Boyd. The series follows the New York City FBI and their daily challenges to keep NYC safe.

Ebonee's character was rumoured to die in the show, however she is back on track.
Source: Instagram

Kristen is an FBI analyst who later becomes a special agent on the show. She's the smart tech-savvy brunette in the FBI team of agents. Eb is quick to share all the fun she enjoys with the cast in her social media handle. Her Twitter account is @EboneeReigne, and Instagram page is @eboneereigne.

You'd Like: Jaz Sinclair Weight Loss — Views of the 'Chilling Adventures of Sabrina' Star on Dieting

For more updates, find Glamour Fame and be sure to sign up for the newsletter.