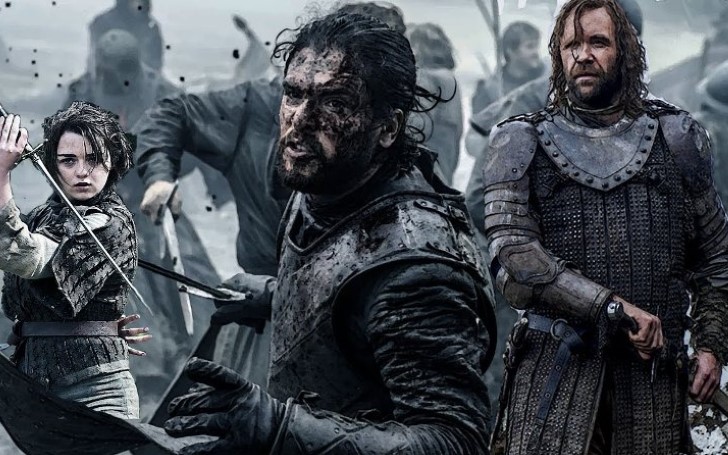 Game of Thrones Season 8's battle will be the bloodiest in the history entertainment industry.

Having said that, it ought to be some heck of a shown down. In fact, even Peter Dinklage has affirmed the upcoming "Battle of Winterfell" makes “The Battle of Bastard” looks like a theme park. So, it's pretty much expected to be the biggest battle ever to have been showcased in the history of Television.

Game of Thrones' final battle will be the goriest in the history of small and the big screens alike.
SOURCE: Slash Films

However, as per the recent reports, GoT’s upcoming battle is now speculated to emerge out as one of the biggest in the history of showbiz where it is expected to surpass even the horrors of Helm’s Deep sequence from The Lord Of the Rings: The Two Towers.

Recently EW conducted an interview with the director, Miguel Sapochinik, the man responsible for orchestrating “The Battle of Bastards,” the biggest war of the entire series.

Sapochinik previously wheeled the episodes, “Hardhome” and “Battle of The Bastards,” and now the helmsman has directed one more bloodshed of Game of Thrones.

In the beginning, when Sapochnik tried to find the inspiration for picturing the clash (between the dead and the living), he had especially sought all the Hollywood’s major battles; especially the long ones so that he could improvise his GoT’s fighting with more sophistication thus preventing the “battle fatigue,” but the longest reference he could find was that of Helm’s Deep in Peter Jackson’s The Two Towers.

“It feels like the only way to really approach it properly is to take every sequence and ask yourself: ‘Why would I care to keep watching?’” Sapchnick explained. “One thing I found is the less action — the less fighting — you can have in a sequence, the better.”

The director also shared—one of the major challenges in filming the showdown was of deciding which story to focus on at which point since all the previous battles of the series mostly centered around Jon Snow (Kit Harrington). But this one was ought to be much bigger than just one man.

Sapochnik added, “The [GoT battles] I’ve done previously were generally from Jon’s perspective. Here I’ve got 20-some cast members and everyone would like it to be their scene. That’s complicated because I find the best battle sequences are when you have a strong point of view. I keep thinking: ‘Whose story am I telling right now?”

Recommended: Too Short? Fans are Displeased After Game of Thrones Reveals Running Time For Season 8 Episodes

The show’s creator, David Benioff and Dan Weiss, has also directed the final episode themselves.

Weiss mentioned: "I’m hoping for the Breaking Bad  [finale] argument where it’s like, ‘Is that an A or an A+? From the beginning we’ve talked about how the show would end," added Benioff. "A good story isn’t a good story if you have a bad ending. Of course, we worry.”

Watch the official trailer for Game of Thrones season 8

We also cannot miss the fact that the long nights, freezing temperatures, and harsh conditions resulted in several on-set injuries, including a crew member suffering an asthma attack and a “series regular” actress passing out on the set.

“Nothing can prepare you for how physically draining it is,” Maisie Williams, who portrays the character of Arya Stark, said of her first big battle scene. “It’s night after night, and again and again, and it just doesn’t stop. You can’t get sick, and you have to look out for yourself because there’s so much to do that nobody else can do… there are moments you’re just broken as a human and just want to cry.”

“It was the most unpleasant experience I’ve had on Thrones,” Ser Jorah Mormont (Ian Glen) added. “But…on screen it bleeds through to the reality of the Thrones world.”

Game of Thrones is set to return for its final season on April 14th.