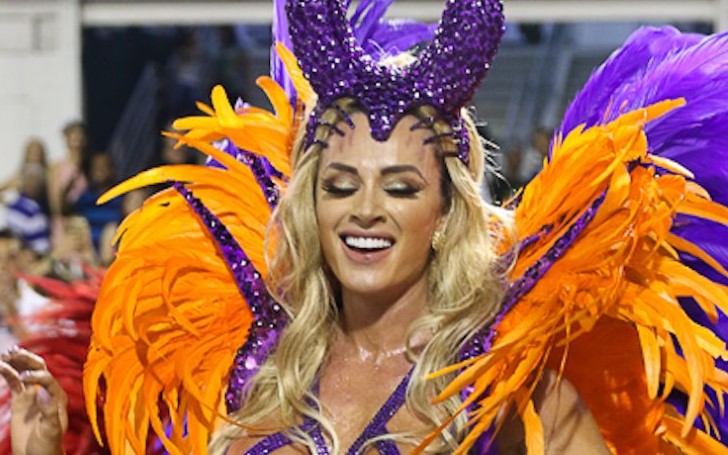 The Brazilian Model Juju Salimeni has risen to a scandal catching tons of attention from the media and public. The model posted a throwback picture around five days ago, where she can be seen attending a carnival festival. But that's not what caught the attention of the public.

Read below to further discoveries about the latest scandal of the model. 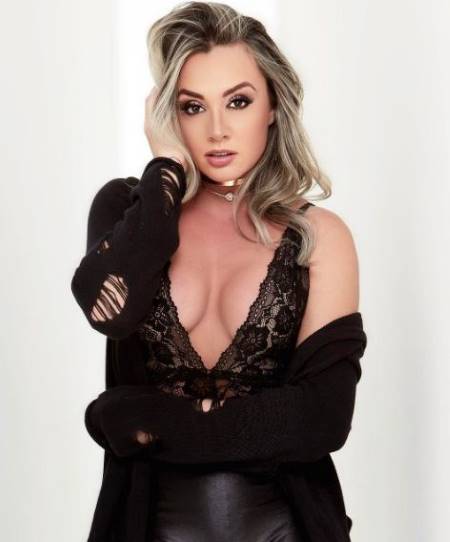 In case you are not aware who is Juju Salimeni. We would like to give you a few details on her profile.

Read: What Is Color-Blocking? Learn Some Do's And Don'ts To Color Block Your Outfit Effortlessly.

Juju is a Brazilian descent model and TV hostess. This model may not be quite recognized over the world, but she is quite a lot well-known figure on Instagram.

She has gained over 13 million followers on her Instagram through her beauty and fitness pictures she shares over there. Not just on Instagram, but this beauty queen is popular on Youtube as well.

More than 200800 people have subscribed her Youtube channel. She shares her regular outdoors and indoors shenanigans on her youtube channel. Besides that, she even has an estimated Twitter follower of 1.7 million.

As a matter of fact, Juju is regarded as one of the most famous celebrities in Brazil. However, what makes Juju special and different is her unique muscular body.

You may also like: Selena Gomez Makes Social Media Appearance During Winter Break With Friends

Now, to move onto our topic, Juju was seen wearing a risky outfit at the festival that almost flashed her private body parts. In the shared picture, Juju wore a very revealing purple bikini styled costume.

She wore orange boots, wings, and even horns on her head to accompany her costume. You can see the picture of her whole carnival outfits below. 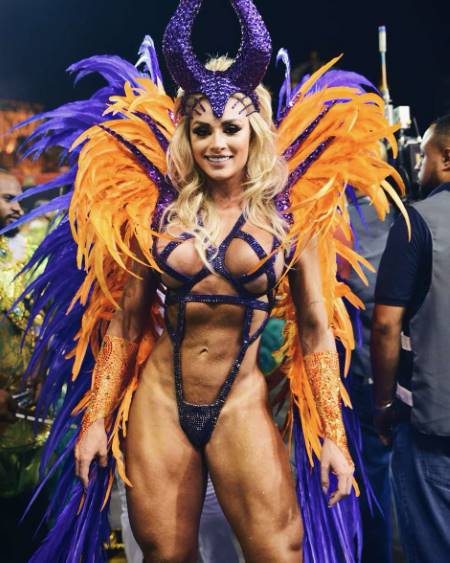 However, this is not the first time, Juju has shared such pictures. She has posted similar almost nude pictures on her social media before too.

The Model has revealed that she admires bodybuilders and bikini athletes which is what aimed her to follow to have a similar physique figure.
Now, you might be wondering whether this aspiring and stunning Model is single or taken. Sorry, guys, Miss Salimeni is taken. In fact, the model is married.

Also see: 10 Naked Dresses You Can be Able to Wear

Juju has been married to bodybuilder Felipe Franco since 2015.