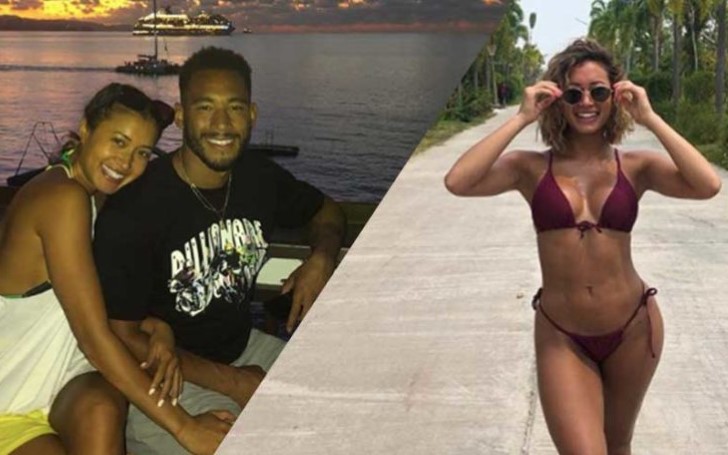 Following the break up with Josh Denzel, Kaz Crossley recently shared a picture of herself on holiday with another islander Theo Campbell which sparked romance rumors between them.

Yesterday, Kaz shared a picture of herself with Theo caressing a dog with the caption 'I ❤️ dogs' on Instagram.

Alongside him, several other fans unsure about their relationship status commented about the emerging rumor about the unlikely pair.

Addressing the confusion, another Instagram user commented: “And to add fuel to the fire… Josh was liking his pics up until recently, suggesting he’s now unfollowed him… controversial 🤔😂 alls fair in love and war 😏”.

The holiday pictures suggest Stephen Bear, Kaz Crossley, Theo Campbell, and Georgia Harrison are all having a great time together.

However, the majority of comments on their photos circulate around the speculation whether Kaz and Theo are a couple or not.

Kaz was earlier in a relationship with Love island star Josh Denzel. The pair split 6 months after the show ended. The news of their split was publicly announced by Kaz on her Instagram in January this year.

Sometimes things don’t go the way you planned, but you have to be grateful for the journey. Thank you for everything especially showing me how to love myself again ❤️

Kaz shared a selfie of herself with her beau of six months on a recent vacation to Jamaica alongside a statement, "Thank you for everything especially showing me how to love myself again."

Love Island's Kaz Crossley and Josh Denzel are the latest couple from season four to call it quits.

Other stars from the reality show who broke up include Laura Anderson and Paul Knops, Megan & Wes and Jack & Laura.