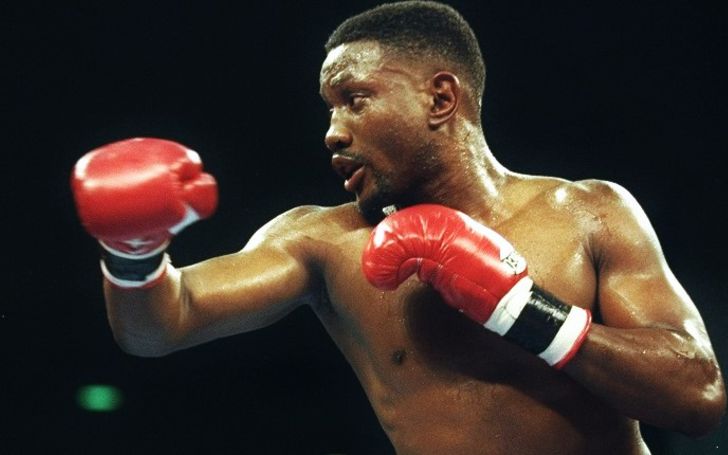 Yes, the news is true, the splendid left-handed boxer Pernell Whitaker was tragically killed in an accident on Sunday near Virginia Beach.

The four-weight world champion and gold medalist of the 1984 Summer Olympics passed away at the age of just 55.

The tragic news was confirmed by the Virginia Beach Police Department where the reports say the boxer was hit by a car while crossing the road.

The famous boxer known as 'Sweet Pea' was an elusive fighter who hardly faced any losses.

Going through the marvelous 17 years career, Sweet Pea holds a record of 17 wins by KO, 40 wins, four losses out of total 46 fights.

Besides the boxer has also been credited with four champion wins which include,

Whitaker trudged on, winning a decision over Greg Haugen for the IBF Lightweight title on February 18, 1989, becoming the first boxer to knock Haugen down by dropping him in the sixth round.

In 1992, he began his ascent in weight, winning the IBF light welterweight title from Colombian puncher Rafael Pineda on July 18.

On March 6, 1993, he decisioned James McGirt to become the Lineal and WBC Welterweight Champion.

Well, we are saddened to hear the news of such prominence boxer's demise. Our heartful of condolence to Pernell Whitaker family for their loss. May his departed soul rest in peace in heaven.