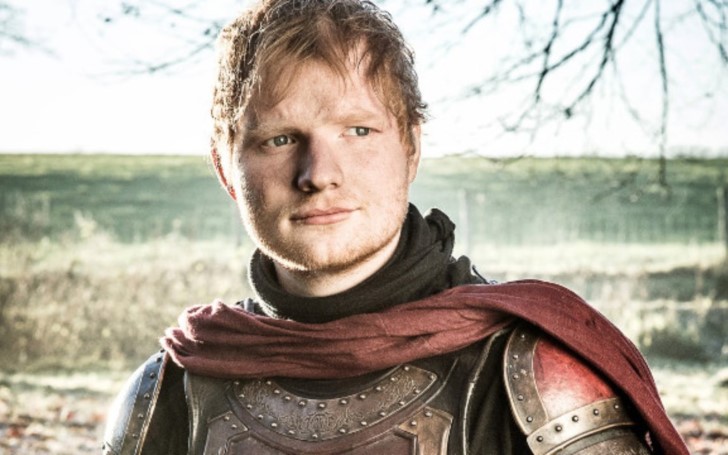 The fate of Ed Sheeran's character in Game of Thrones has been revealed by the season 8's first episode.

The Game of Thrones season 8 premiere showed the fans on where all the major characters are, but now the show has also revealed the fate of its trivial most cast.

Back in the 1st episode of season 7, we saw English singer, Ed Sheeran making a brief cameo into the show as a member of mercenaries who was caught up in Daenerys' attack on the Lannister and Tarly armies.

In the current season, a scene where Bronn (Jerome Flynn) tries to enjoy some relaxing downtime with some of the ladies of King's Landing, one of the working girls reveals that poor "Eddie" survived, but returned from the battle with his face burned so badly that his eyelids are gone.

Sheeran's first and the last appearance on the show was that in the episode entitled, "Dragonstone," as a Lannister soldier who sings a song called "Hands of Gold" to entertain his brothers-in-arms around the campfire.

Arya Stark (Maisie Williams), having recently massacred the Freys as vengeance for the Red Wedding, stops to listen to the song. The cameo was planned as a surprise for actress Maisie Williams, who plays Arya and is a big fan of Sheeran's music.

However, Sheeran's inclusion was criticized by some Game of Thrones fans (including Hodor actor Kristian Nairn), who felt that having a celebrity cameo lessened the gravity of the show.

Perhaps as a way to pacify those who were unhappy with Sheeran popping up in the Lannister army, the Game of Thrones season 8 premiere, "Dragonstone," are assuring that his face will never appear in the show again.

While Bronn is trying to take part in some sexual pleasures, two of the three women he's in bed with spoil the mood by bringing about all the horrible ways in which the Lannister soldiers met their end in the Battle of Goldroad – where, in one case, one of the girls begin with:

Craya: That's him. Came back with his face burned right off. He's got no eyelids now.

Dirah: How does he sleep with no eyelids?

While some viewers would have probably preferred for the cameo to never be spoken of again, this implication is subtle enough to blend into the dialogue, and at least give the character a proper send off.

After the discussion, Bronn is interrupted by Qyburn giving him a new mission: to kill his old companion, Tyrion Lannister (Peter Dinklage), with the same crossbow that Tyrion had assassinated his father.

The show has rest assured the fans that it won’t be bringing Eddie in Game of Thrones anymore; given that the series has now only five episodes left and a lot to cover. Not everyone was fortunate enough to survive the Daenerys and her dragon, but Eddie at least has a heroic story to tell.