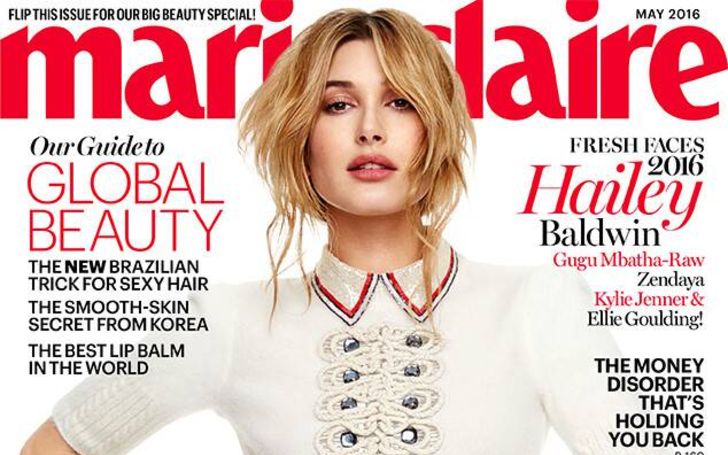 Some might recognize Hailey Rhode Bieber as the wife of Justin Bieber, while some might know her as the daughter of actor Stephen Baldwin. But if we put on a 'spotlight' at the young glamour sensation, then Hailey is a self-made lady who got some intriguing story to share.

Yes, despite being born with a 'silver spoon' and being a wife of a millionaire pop star, Hailey is one of the well-known models who has millions of followers as well made millions by herself.

Since fans are curious about Hailey's staggering fortune, here we present you with all the details of the 'riches' the 23 years old supermodel amassed by herself.

Hailey - A self made young millionaire.
SOURCE: Model Facts

The 23 years old supermodel Hailey Rhode Bieber net worth is estimated at around $3 Million - all made by herself! Yes, and here we've brought you the details behind Hailey's self-made source of income.

Starting from her step into the modeling industry to being a supermodel and the pile of 'hundred bands' she made, here we've covered you with all the details,

Hailey signed her first modeling career signing for 'Ford Models' and appeared in magazines such as Tatler, Love, V, and i-D. Baldwin's first-ever commercial campaign was for the clothing brand French Connection in the winter of 2014.

In October 2014, Baldwin made her first runway debut walking for Topshop and French designer Sonia Rykiel. Subsequently, in January, she had her first American Vogue photoshoot and in March for Teen Vogue.

Over her six years journey on the glamour industry, Hailey has worked with various modeling agencies, brands and featured in numerous prominent magazines.

By now, she has worked with L'Office, Wonderland Magazine, Miss Vogue, W, Ralph Lauren, Tommy Hilfiger, Philipp Plein, Self Magazine, H&M, Glamour Magazine, and so forth.

The American Meme star has worked with some of the leading models such as Alessandra Ambrosio, Miranda Kerr, Chanel Iman, Jourdan Dunn, Cody Simpsons.

Related: Kennya Baldwin's Married Relationship With Husband Stephen Baldwin; How Many Children Do They Share?

Hailey is one of the supermodels of the legendary modeling agency IMG models. Others model signed with IMG includes Gigi Hadid, Bella Hadid, Kendall Jenner and so on.

As per source from glassdoor, the IMG model pays around $50,000 a year to its model and since she's been working with the glamour agency for about four years, multiplying it with the average amount gives us a total of $200,000 which might be higher as we're only taking the average.

So with all her self made riches, popular Baldwin Brothers fam, and a loving husband Justin who recently dropped an entire album 'Changes,' dedicating her; Hailey is living the life of princess filled with love, harmony, and luxury.

You May Like: What Is Stephen Baldwin' Net Worth? Details Of His Sources Of Income And Earnings!

We hope you enjoyed the article, stay tuned for more Net Worth related articles only on Glamour Fame.